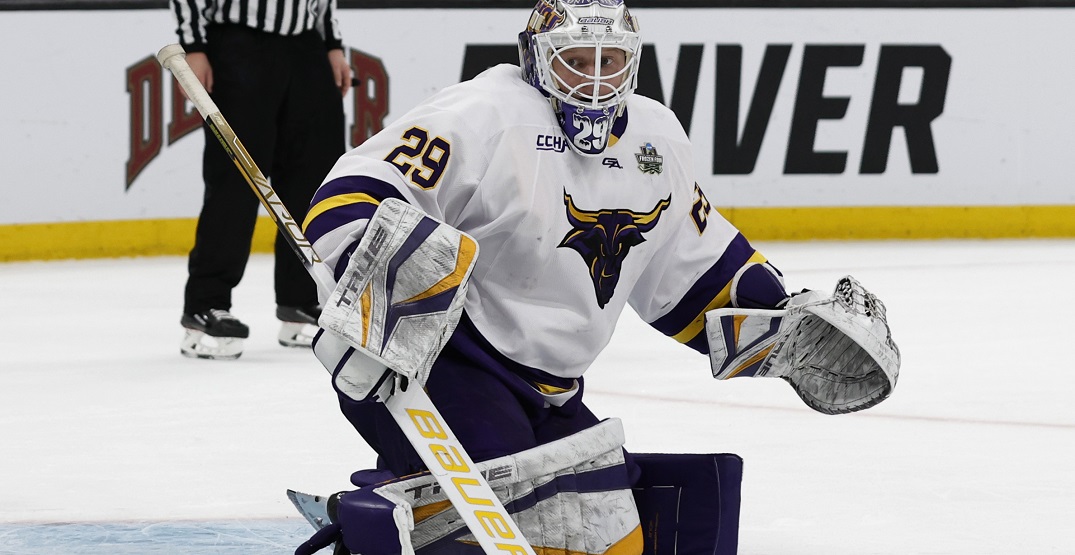 Top collegiate goalie prospect Dryden McKay is coming to play pro hockey in Toronto — for the AHL’s Marlies, that is.

The Toronto Marlies announced today they’d signed McKay to a two-year deal, after a season where he lit the NCAA up while setting a single-season win record.

The 24-year-old free agent McKay had a 38-5-0 record with a 1.31 goals-against average and a .931 save percentage in 43 games at Minnesota State University while picking up the Hobey Baker Award as the country’s top collegiate player.

McKay is currently under a six-month suspension from the United States Anti-Doping Agency (USADA) due to a positive test for Ostarine, a selective androgen receptor found in supplements.

McKay could have faced up to a four-year ban for the substance but received a lesser sentence because he “proved the source was a wrongly-marked supplement,” per Sportsnet’s Elliotte Friedman.

“I have decided to put this case behind me and accept the six-month sanction offered by USADA so that I will be able to play in October,” McKay had said in a statement posted on Twitter last week. “This experience has been a very unexpected and difficult matter for me and my family. I am so grateful for all the support. I am remaining optimistic and looking forward to beginning my pro career this fall.”

“He will be eligible to voluntarily enter the organization’s facilities on August 25 and play for the Marlies on October 11,” the Marlies said in a statement announcing the signing.