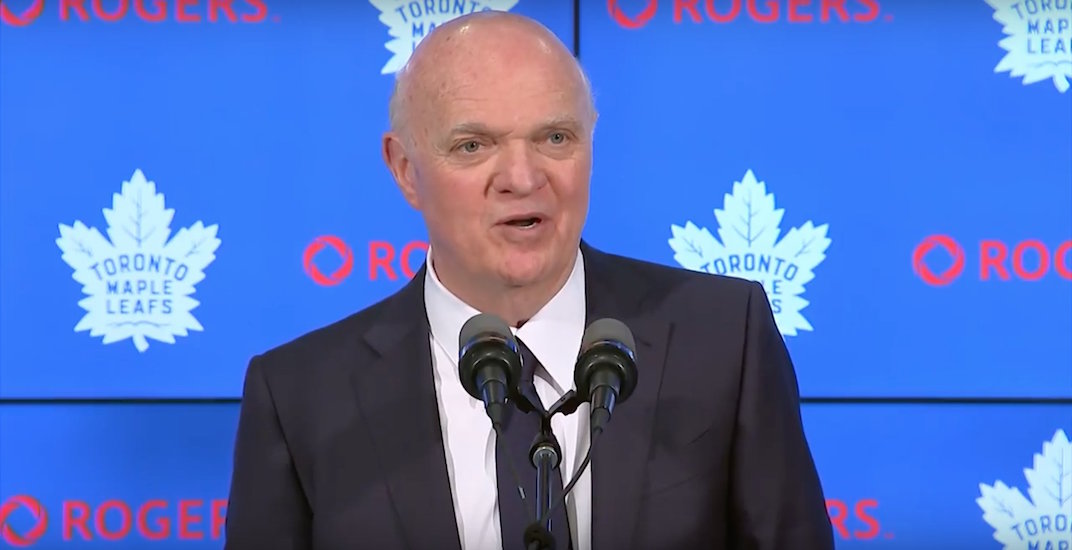 The Toronto Maple Leafs are in the market for a new general manager.

Leafs president Brendan Shanahan made it official on Monday, announcing that Lamoriello will not return as GM next season. The 75-year-old will stay on as a senior advisor in the organization.

“Three years ago, Lou and I agreed on a contract that would see him serve as general manager of the Maple Leafs for three years and then transition to senior advisor for the following four years,” said Shanahan in a media release. “This morning I informed Lou that I was not going to deviate from that course of action. I will now focus all of my attention towards making a decision regarding our next general manager.

“I would like to take this opportunity to thank Lou for his tireless work over the last three years as general manager. His leadership in helping establish a cultural foundation, as well as his invaluable mentorship to everyone in this organization, has been instrumental in our development.”

The Leafs underwent a transformation during the last three seasons under Lamoriello’s guidance. The team was stripped down in the first year, with Phil Kessel and Dion Phaneuf being shipped out of town. Toronto (successfully?) sank to the bottom of the NHL standings, allowing them the best odds of drafting Auston Matthews.

The Leafs were lucky, winning the lottery, but other non-luck related moves helped the team rise quicker than most anticipated. Toronto made the playoffs for just the second time since 2004 last year, and followed that up with a 105-point season – the most-ever in franchise history.