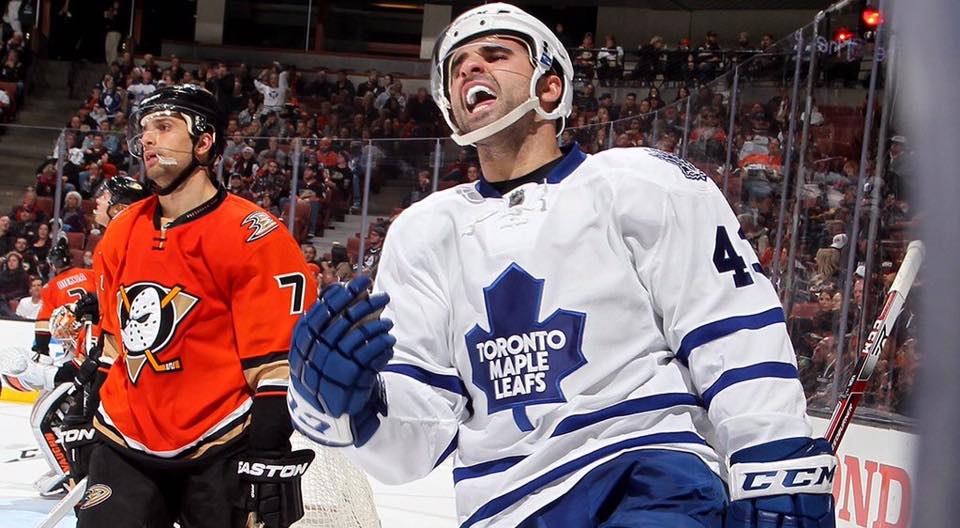 As expected, the 2018-19 Toronto Maple Leafs are proving to be an offensive powerhouse with issues on defence.

After starting off the season with a 6-1 record, Toronto has lost two games in a row while being outscored 7-1 by Pittsburgh and St Louis.

The Leafs are still one of the top teams in the Eastern Conference to date and are looking like a club capable of winning its first playoff series since 2004. The whole team isn’t firing on all cylinders though, and there’s certainly room for improvement.

Here are three players yet to perform at a high level for the Leafs so far this season:

Coming off consecutive 32-goal seasons, the Maple Leafs centre has yet to find the back of the net through nine games. On top of that, he’s recorded only 16 shots on goal, good for a per game average of 1.77. That’s down from the previous two seasons, where Kadri averaged between 2.6 and 2.9 shots.

What’s also down for Kadri is his ice time.

It should come as no surprise that Kadri has taken a hit here seeing as Toronto added an elite player in John Tavares at his position, thereby bumping him down the depth chart and giving him bottom-six linemates like Par Lindholm and Connor Brown.

Having said that, he is seeing 2:26 of power play ice time per game, more than any Toronto forward not named Tavares, Auston Matthews, or Mitch Marner. That’s up from 2:05 last season and 2:15 two seasons ago. The opportunities should still be there with that deployment.

At even strength, though, he’s being sent out in a more defensive role, with only 39.7% of his zone starts coming in the offensive end. What’s encouraging is that his Corsi-for percentage is 55.3% in 5-on-5 play, meaning he’s on the ice for more shot attempts for than against. He’s also recorded 32 shots attempts at even strength, so he’s putting the puck towards the net at a high rate, despite the lack of actual shots.

Mike Babcock on how Nazem Kadri is mentally handling this early-season goal drought: "Some guys beat themselves up. Naz doesn't. You want to get back in it and get energized, and Naz seems to do a good job of that."

For his part, Kadri seems to be staying positive, and for good reason – it’s only a matter of time before he gets on track.

There’s only two Leafs players currently signed past the 2021-22 season – Tavares, and defenceman Nikita Zaitsev. The latter is signed through 2023-24 at a cap hit of $4.5 million, and currently leads the team in average ice time.

None of that should be all that encouraging for Leafs fans.

To his credit, Zaitsev is Toronto’s leading defenceman in terms of ice time on the penalty kill, and the Leafs have the seventh-ranked rate after killing off 84% of their man disadvantages so far.

At even strength this season, only Jake Gardiner has seen more total ice time than the 26-year-old undrafted defenceman. The trouble is, Zaitsev also ranks second to Gardiner in regards to the lowest Corsi-for percentage among Leafs defencemen at 44.18% (Gardiner is barely better at 44.9%).

In fairness, Zaitsev does have only 37% of his zone starts in the offensive end, but he’s quite simply not getting the puck up the ice with enough regularity to keep the opposition at bay.

To outsiders, Zaitsev’s contract seems to be a blemish in what’s been a pretty successful rebuilding process to date. For whatever reason, Mike Babcock appears to love him, despite the poor possession numbers and his lone assist through nine games.

One can’t help but wonder whether the head coach might be better served leaning more on a player like Travis Dermott, or giving Justin Holl a chance while Zaitsev enjoys the view from the press box for a game or two.

William Nylander has been disappointing for a different reason: he hasn’t played a single game yet.

The season is almost three weeks old, and the young winger remains unsigned as the NHL’s lone restricted free agent.

It’s almost silly to imagine this team’s offence with Nylander also in play.

At this point, however, there seems to be some question as to whether he will ever return to the lineup, with the option of a satisfactory long-term deal seemingly no longer on the table.

While many are trying to connect the potential trade dots on TOR GM Kyle Dubas being at last night’s NYR-CGY game at MSG, which I suppose is possible, it’s worth noting two things: 1. William Nylander’s agent Lewis Gross lives in Manhattan. 2. Dubas likes to go to hockey games.

“They’re looking basically at a short-term deal now, if he’ll sign one of those,” Sportsnet’s Chris Johnston said Saturday during Hockey Night in Canada. “And if not, it will get to the point, guys, where I think we’re looking at a trade here. But it’s not there right now, and that was part of the message: ‘We want to keep you, William. What’s it going to take to stay?’”

The message Johnston refers to here is one sent personally by general manager Kyle Dubas during a recent face-to-face meeting in Switzerland. The ball is now clearly in Nylander’s court, and what he decides will obviously have a huge impact on this team over the rest of this season and beyond.