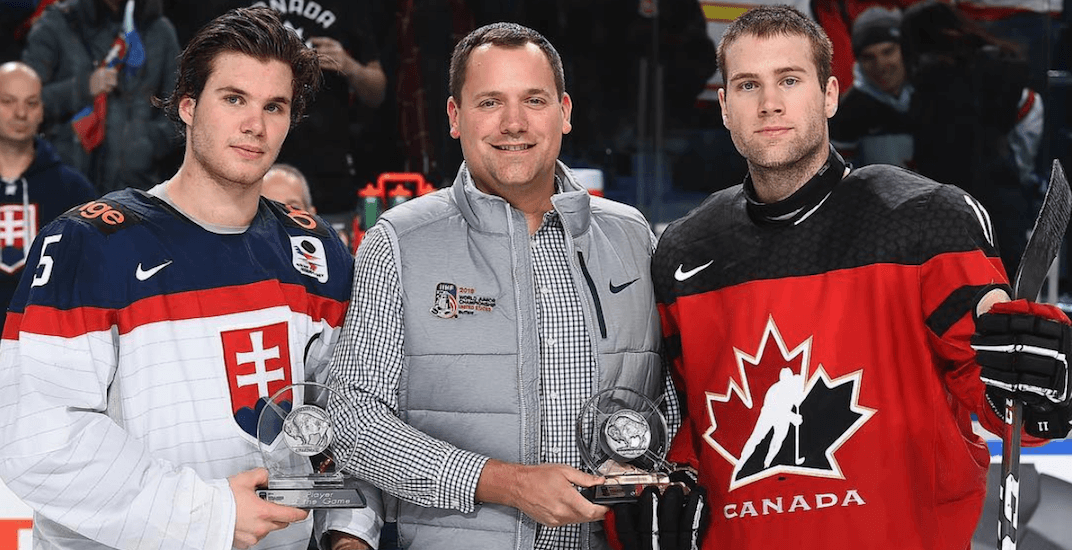 An act of sportsmanship.

That’s the only way to describe what Team Canada forward Jonah Gadjovich did after his goal late in Wednesday’s game against Slovakia at the World Juniors in Buffalo.

The 19-year-old Canucks prospect scored his second goal of the game on the power play to make the game 6-0 with 1:30 left in the third period.

But it’s what happened after the goal that was most impressive from the Whitby, Ontario native.

Gadjovich, who plays for the Owen Sound Attack in the OHL, signalled to his teammates not to do their usual fly-by celebration, which involves high-fiving their teammates at the bench. No need to rub it in after a 6-0 goal in garbage time.

Instead, the Canadian players simply skated to centre ice for the next faceoff:

The usual fly-by celebration, in case you’re wondering, looks like this (as seen after the 2-0 goal in the second period):

Here’s how some fans reacted to Gadjovich’s classy move:

Making this more impressive is the fact this is the 1st time he's played for team Canada, & just scored his 2nd goal of game/tournament.

Rather than celebrate like crazy, he remains calm, & tells teammates to chill out.

Thrilled that this guy's a #Canucks

The maturity shown by Gadjovich, particularly in a tournament known for some hot-dog antics by excitable teenagers over the years, was impressive. The power forward was a bubble player just to make the team, and is playing on Canada’s fourth line in the tournament. It’s also the first time he’s ever represented his country, so scoring two goals – even against a team like Slovakia – is a big deal.

Gadjojvich, who now has two goals and one assist in the first two games, was named Canada’s Player of the Game for his efforts.

Tonight's Player of the Game is Jonah Gadjovich 🏅 #WorldJuniors pic.twitter.com/eQsIP5coV1

Canada’s next game will be a special one. They’ll play Team USA in an epic outdoor game at the 70,000-seat home of the Buffalo Bills, New Era Field. The game will be televised on TSN Friday at 3 pm ET (12 pm PT).