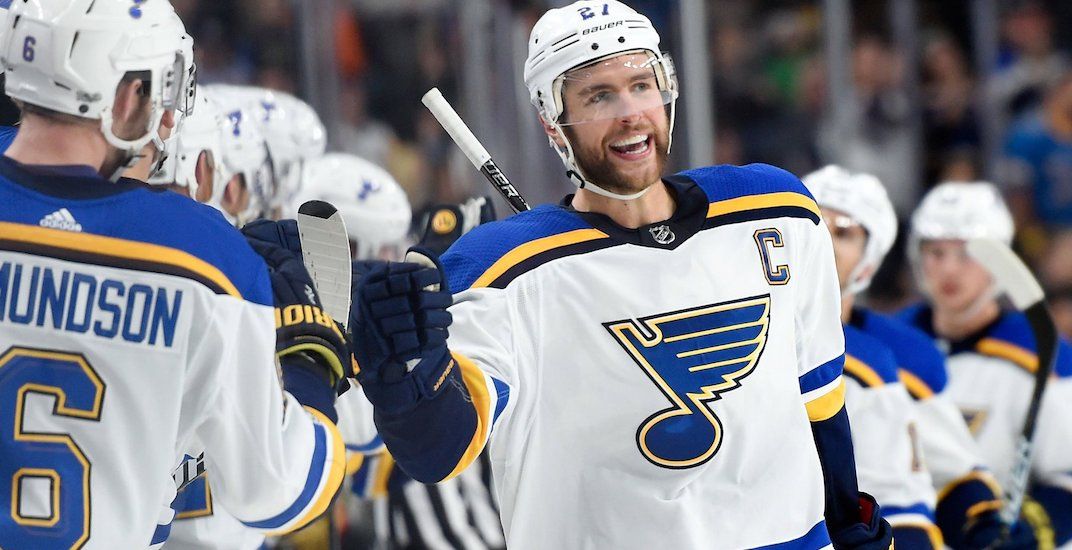 Nick Kypreos floated the idea that veteran St. Louis Blues defenceman Alex Pietrangelo could be on the trade block on Hockey Night in Canada this weekend. Unsurprisingly, Kypreos added that one of the teams looking to add a defender would be the Toronto Maple Leafs.

Despite one of the league’s hottest starts to the season, it seems like Toronto has been in the market to land a top-four defenceman just about every season for the past half-decade or so.

With St. Louis off to their worst start in recent memory and the season looking like it’ll need a major turnaround if the Blues are able to salvage it, moving away a piece like the 28-year-old Pietrangelo could be the start to the team’s ‘rebuild on the fly,’ if that’s the route they choose.

It makes sense for the Leafs

In the Blues’ system since he was drafted in 2008, the King City, Ontario native is just the latest player from the Greater Toronto Area to be linked to the Leafs.

At 6-foot-3 and 210 pounds, the right-shooting rearguard checks all the boxes for the type of player the Leafs should be looking to add.  He’s received Norris Trophy votes in six of the last seven seasons, comes in at an affordable cap hit at $6.5 million through 2020, and has hit at least 40 points in every full NHL season since 2010-11.

Essentially, the Leafs would likely be acquiring him for a stretch run this season and a full season next year. Pietrangelo has been sidelined all of December with a hand injury, with no clear timetable on his return,

It could make sense for St. Louis too

Already without their first round pick, which they sent to Buffalo as a result of the Ryan O’Reilly trade this summer, the St. Louis brass has to be looking at another blockbuster trade.

Currently sixth in the seven-team Central Division, the season has been one of the league’s biggest disappointments after playoff berths for six straight years prior to narrowly missing out by just a single point last season.

If the team’s management hasn’t given up on the season yet, they’ve got to be close to doing so. A return to the postseason seems unlikely, and a fire sale of contracts with expiration dates in either this season or next could be in the cards.

In terms of what Toronto could offer to St. Louis as part of a trade package for Pietrangelo, Kypreos had this to say:

“I think where that would have to start is if Toronto and [GM] Kyle Dubas get St. Louis to possibly bite on [Nikita] Zaitsev’s contract – which is owed another five years at $4.5 million,” said Kypreos.

“If they can exchange right-handed defencemen, then there’s a chance you could put a package together maybe with a draft pick, a prospect, and then the likes of a young, fast player for St. Louis in the likes of [Kasperi] Kapanen or [Andreas] Johnsson.”

Whatever way you slice it, Pietrangelo is an obvious upgrade on Zaitsev, who’s struggled this year with just two assists in 30 games this year. From a possession standpoint, Zaitsev has been caved in at even strength this year, putting up just a 46.2% Corsi-For at five-on-five, stepping out for 20:43 of action per game. Comparatively, Pietrangelo has been a 52.3% Corsi-For over his career, while averaging a hair over 24 and a half minutes of ice time per night.

As Zaitsev’s signed on a long-term deal that’s often pointed to as one of Toronto’s roughest, moving it to acquire one of the league’s better defenders like Pietrangelo would have to come with an additional asset.

Take the deal if it’s there

Though losing Johnsson or Kapanen would hurt the Leafs up front – they have put up 13 and 21 points through 25 and 30 games respectively this season – it’s hard to see a world where general manager Kyle Dubas would say no to this sort of deal.

With the signing of William Nylander likely bumping Kapanen and Johnsson out of the possibility of top-six forward minutes moving ahead, the defensive upside of adding Pietrangelo for the next season-and-a-half could finally fill that hole on the right side of the blue line to alleviate the seemingly never-ending Leafs’ defensive concerns.