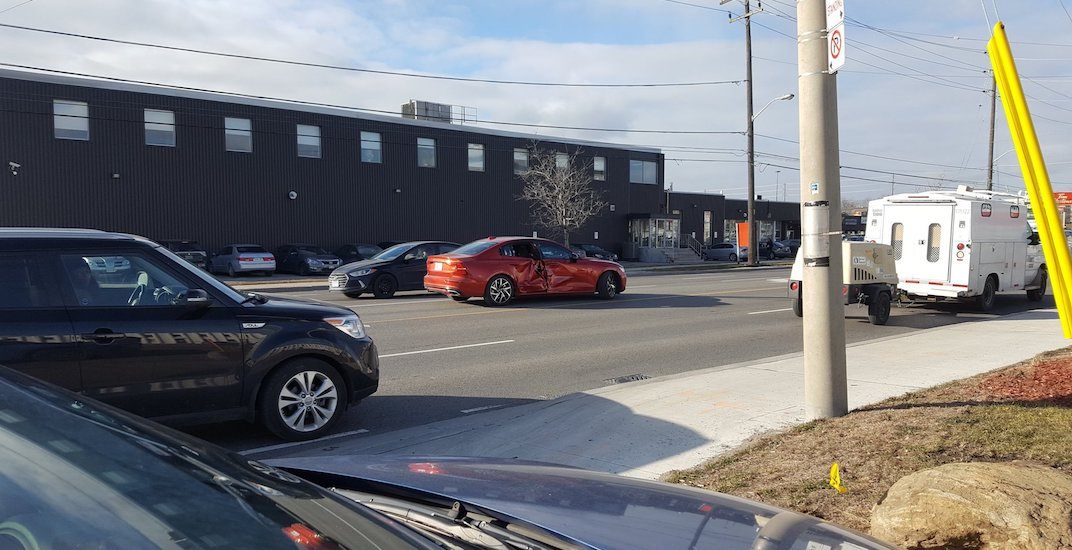 The Toronto Maple Leafs’ forward ended his season-long holdout on Saturday, agreeing to terms on a new six-year deal worth $45 million. He suited up for his first game of the season on Thursday – seeing just 12:29 of ice time in a 5-4 overtime loss to the Detroit Red Wings.

The 22-year-old Swede was back on the ice on Friday for practice, but that wasn’t the most eventful part of his day.

Nylander and teammate Kasperi Kapanen were involved in a car crash near the team’s practice facility in Etobicoke on Friday afternoon, a Maple Leafs spokesperson has confirmed.

A pair of photos popped up online courtesy of Twitter user @edallley:

Yup he and Kappy are good 💪 … his car.. not so much pic.twitter.com/YowVSmZVxW

The Leafs described the accident as “minor” and there were no injuries. Though the damage to the vehicle was not inconsequential. The back window was smashed and the airbags were deployed, according to the witness.

That's very minor? When your airbags front and side deploy and your back window is smashed out? Ok pic.twitter.com/jAgNjpwvwe

Nylander, Kapanen, and their Leafs teammates play next on Saturday night against the Boston Bruins. Nylander is expected to play on the third line with Nazem Kadri and Connor Brown.