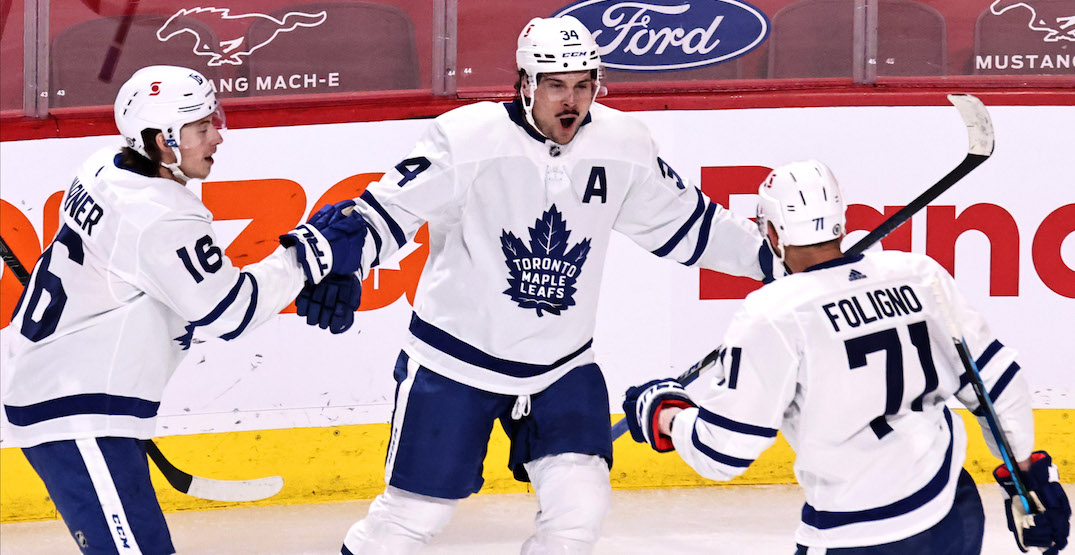 Could this finally be their year?

After clinching a playoff spot on Wednesday, rarely has a path been so clear for the Toronto Maple Leafs to win the Stanley Cup. The Leafs are the favourite to come out of the North Division and have the fourth-best chance to win the Cup according to a analytics website MoneyPuck.com.

The Leafs currently have 10.9% chance to win the Cup, according to MoneyPuck.com, which places them behind only the Vegas Golden Knights (15.8%), Washington Capitals (13.8%), and Colorado Avalanche (12.9%). 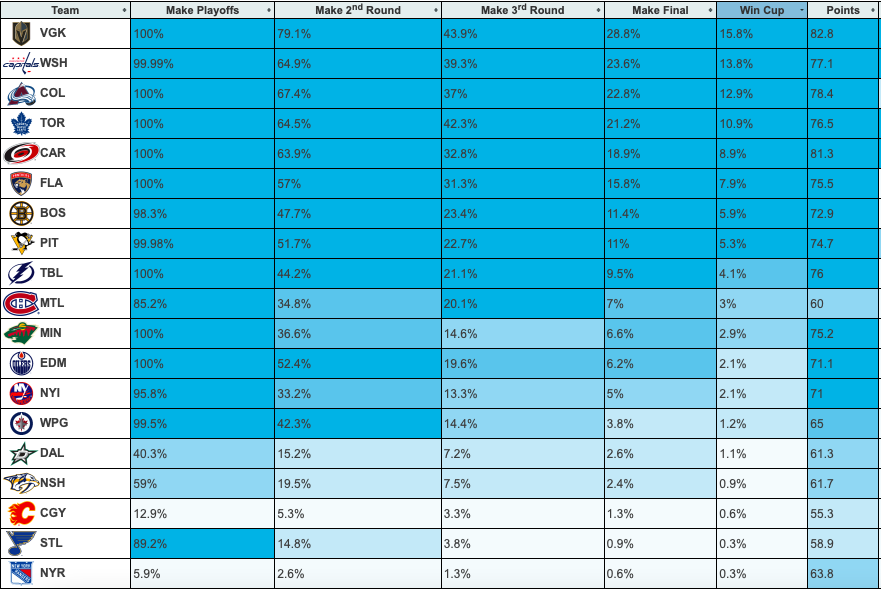 MoneyPuck.com focuses on various analytical factors to determine probabilities, so typical season records do not hold as much weight. That is why, for example, the 32-10-7 Carolina Hurricanes (8.9%) currently rank behind the 31-12-4 Avalanche (12.9%) in championship probability.