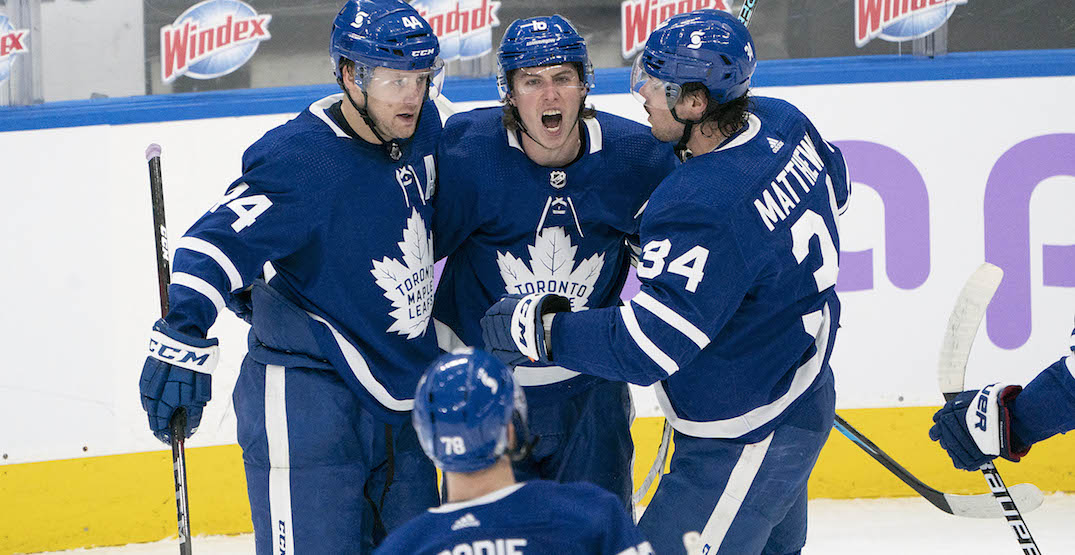 For an Original Six team, the Toronto Maple Leafs have been wildly disappointing for so many years, with their Stanley Cup drought currently sitting at 54 years, and their playoff series win drought at 17.

In the post-expansion history of the Leafs, there’s a few seasons that will forever stick out as “what-if” moments.

There’s the 1993 Campbell Conference Finals Game 7 loss against the Los Angeles Kings with the infamous Kerry Fraser non-call, there’s the 2002 squad that fell to Carolina in the Eastern Conference Finals, and there’s the 2013 shortened season team that was 51 seconds away from beating the eventual Stanley Cup finalist Boston Bruins before an all-time collapse in Game 7 before losing 5-4 in overtime.

Instead of dwelling on the past, however, there’s two much more pressing things that Toronto fans should be focusing on: the present and the future.

Prior to Monday’s trade deadline, the Leafs added a depth defenceman in Ben Hutton from Anaheim, and a depth forward in Antti Suomela from San Jose in exchange for winger Alexander Barabanov. But Toronto’s tidiest business came on Sunday with the acquisitions of centre Nick Foligno from Columbus and goalie David Rittich from Calgary.

With the caveat of the shortened season and only playing six opponents, it’s quite possible to make the case that this is the Leafs best regular season team in at least five decades since they have last won the championship.

Because of how solid they’ve been this year, for better or for worse, the 2021 team will find their way into the Toronto history books. As of right now, they’ve got a good as reason as anyone to believe this could finally be the year the Stanley Cup makes a return to Toronto.

How likely are their Stanley Cup chances?

MoneyPuck.com, meanwhile, has the Leafs at 12.4% to win the championship, with a 23.2% chance to advance to the Final.

Whatever model you’re most comfortable trusting, one thing is clear: this is the best opportunity the Leafs have had to win a title in this era.

How do they compare to past Leafs teams?

It’s tough to compare across eras with differing scoring rates, rule sets, divisional alignments, schedule lengths, among many other factors, but one thing never really changes: you need to score more goals than your opponent if you’re looking to win the game.

And they have a winning record against all six opponents this year.

The Leafs’ average this season of +0.76 goals differential per game is the highest it’s been since the league expanded to 12 teams, with Hockey-Reference.com’s Simple Rating System also putting them at first place amongst Toronto outfits in the same era.

In short, they’re really, really good. Here’s how they stack up against a selection of teams from Leafs past:

Nothing is guaranteed, but your eyes aren’t deceiving you: the Leafs really are as good as they’ve been in your lifetime, most likely.

Imagine you were handed a copy of NHL 17 and asked to make all the trades you wanted to improve the Leafs’ roster. That’s sorta what Toronto looks like right now.

Wayne Simmonds, Joe Thornton, Nick Foligno, Alex Kerfoot, Jason Spezza, Riley Nash, and Alex Galchenyuk, have all come into the fold over the last two years after varying degrees of success and leadership roles across the league.

Foligno’s acquisiton is an exciting one: it’s not too often you trade for the captain of the team that knocked you out of the playoffs a year prior, and he’s a defensively-sound middle-six forward with 51 career playoff goals.

On the back end, TJ Brodie and Zach Bogosian have come into the fold this year, slotting in on a nightly basis on the first and third pairing, respectively.

It’s the league’s third-oldest roster as per EliteProspects, with a complement of veteran talent and experience to go along with a number of stars in their prime right now.

A trade for former Calgary goalie David Rittich on Sunday night now gives the Leafs three potential options to roll with come playoff time, as Jack Campbell and Frederik Andersen have both battled injuries on-and-off throughout the year.

Rittich has posted a .904 save percentage across 15 games this year behind a Calgary team that’s faced more than its fair share of struggles this season… which is still an upgrade over Andersen’s .897 mark on a very strong squad.

Maybe they’re the same old Leafs and suffer another heartbreaking first round playoff loss. But on paper, at the very least, these Maple Leafs are looking just about as likely as any team in the league to bring home the Cup this summer.