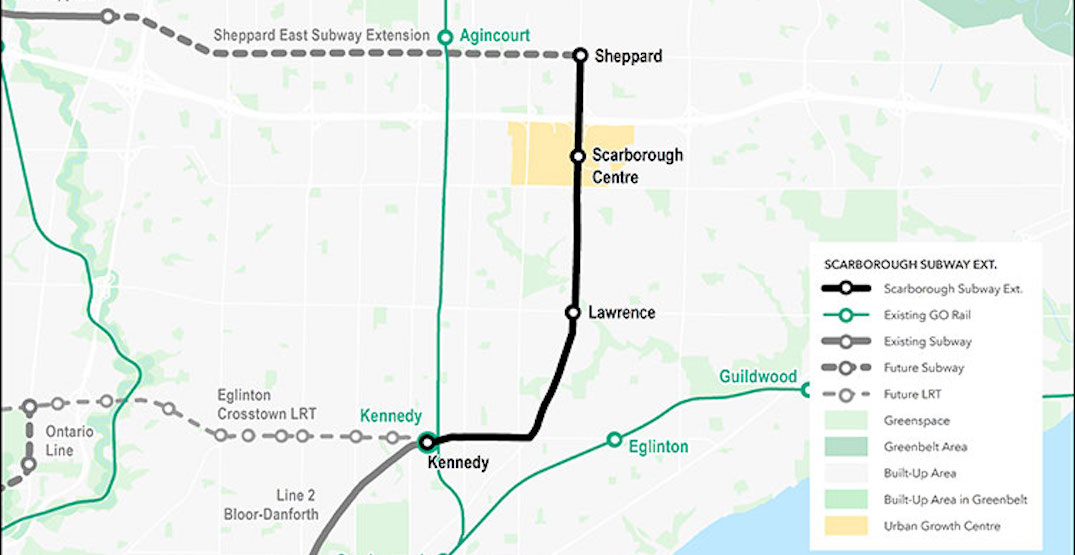 A major step in the long-awaited Scarborough Subway Extension is happening next month as construction crews prepare to dig out tunnels.

“The Scarborough Subway Extension will create thousands of jobs during construction and unlock better access to employment spaces, schools and other key destinations throughout the city.”

The new tunnels will add 7.8 km of new track to the TTC’s Line 2 subway, extending it up to Sheppard Avenue and McCowan Road.

“The three-stop subway extends service from Kennedy Station to Sheppard Avenue and McCowan Road, providing quick and seamless transit for those heading in and out of the downtown core and those travelling within Scarborough,” the statement reads.

Construction on the Scarborough Subway Extension is expected to finish around 2029 or 2030. Once done, it will act as a permanent replacement for the Scarborough Rapid Transit line, which is set to shut down in 2023. Until the extension opens, Scarborough RT service will be replaced with shuttle buses.