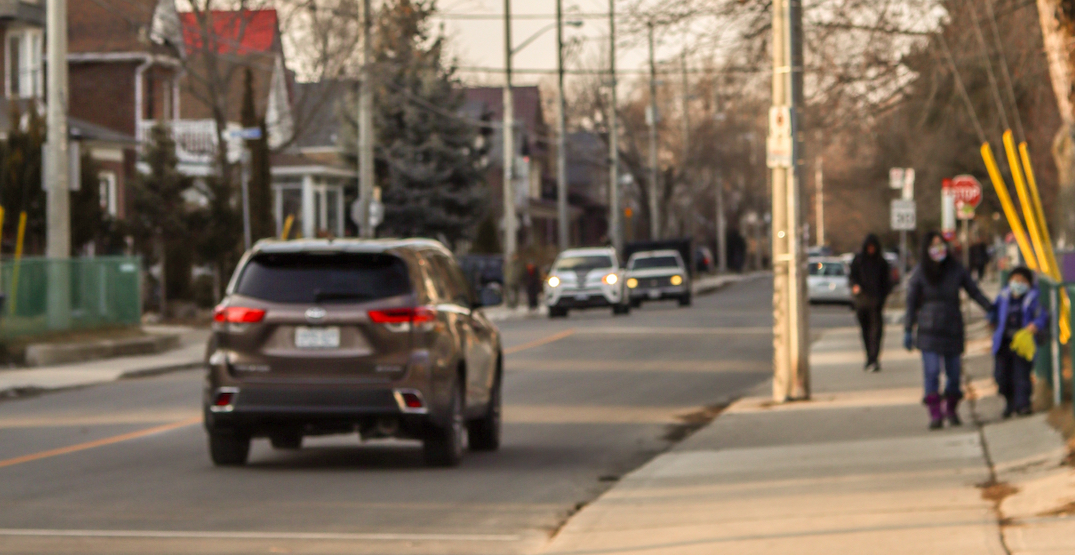 The speed limits on many Toronto streets may soon drop down to 30 km/h as part of a City initiative to improve road safety.

This would not apply to major and minor arterial roads such as St Clair Avenue West, Davenport Road or Bloor Street, or collector roads like Laughton Avenue or Windermere Avenue. 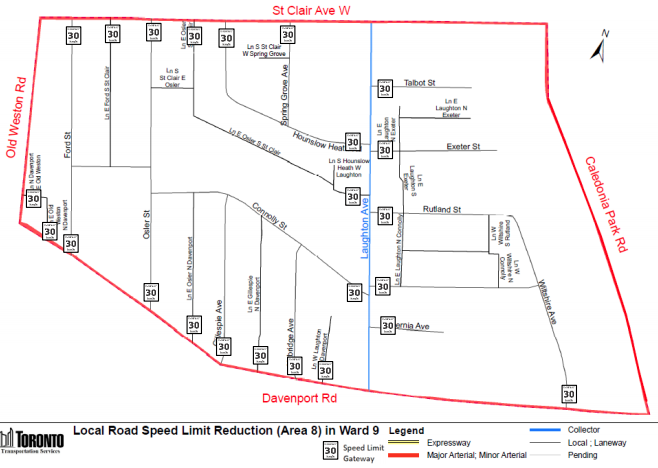 If approved by City Council, this would mark the reduction of speed limits to 30 km/h on all local roads in the areas overseen by the Toronto and East York Community Council.

These proposed changes come as part of the City’s Vision Zero 2.0 road safety plan, which according to the report, “highlighted how higher speeds contribute to [a] higher risk of serious injuries and fatalities, and that setting lower speed limits is a key tool in the Speed Management Strategy for reducing operating speeds on Toronto’s roadways.”

As the report points out, thanks to a 2017 amendment to the Ontario Highway Traffic Act, municipalities are not required to sign each street with the new speed limit, but rather only need signs at the entry and exit points to the entire area with the reduced speeds. This means drivers will be notified when entering a 30 km/h area, but each road won’t have its own speed limit sign.

The City has been working to reduce speeds on Toronto streets for quite some time. Community Councils approved speed limit reductions across 250 km of arterial and collector roads at the end of 2019 and beginning of 2020. On these roads, speeds dropped from 60 km/h to 50 km/h.

The Toronto and East York Community Council will consider the new report at their May 19 meeting.