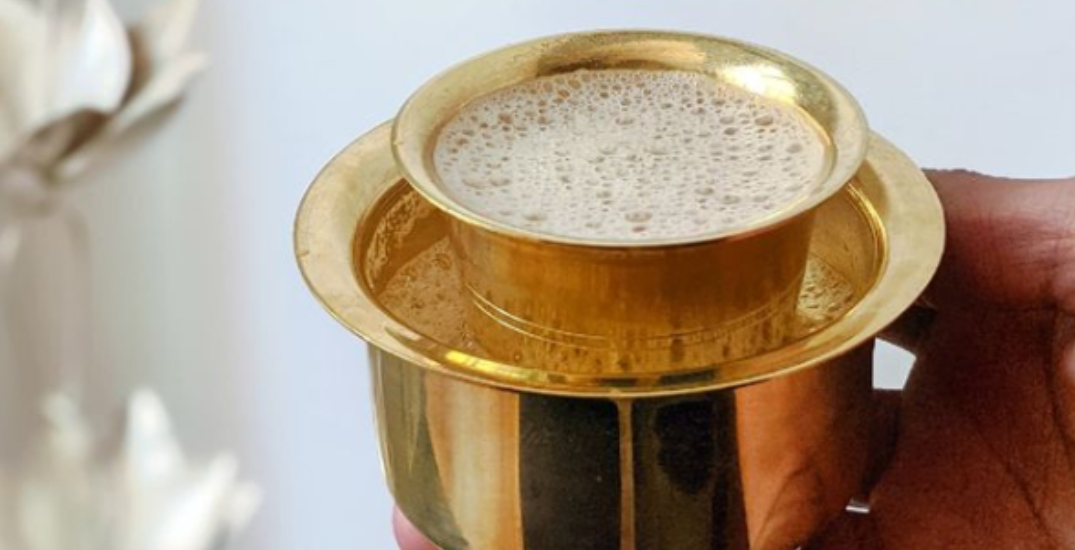 The brand announced the launch of its first brick-and-mortar store on social media, revealing that the café will be located on College Street between Ossington and Dovercourt.

No official opening date has been released, but a “soft-launch” is planned for mid-September.

Madras Kaapi is a type of South Indian filter coffee made by mixing boiling water or steamed milk with powdered coffee.

Traditionally made with a decoction filter, you can still make a great cup with a regular coffee maker or French press, founders Shilpa Rajahamsa and Aditya Srivathsan say.

The husband and wife duo launched Madras Kaapi, the company, as a passion project in 2016. They would visit India and return with bags of kaapi, only to run out in a month.

Growing up in South Indian homes where mornings were punctuated with the aroma of piping hot coffee.

One day while having a traditional South Indian brunch, Srivathsan uttered the “golden words” to Rajahamsa: “If you miss [kaapi] so much, why don’t you bring it to Canada?”

“The rest is history, and here we are with the finest Madras Kaapi ready to be shared,” the couple says.

In the five years since, they’ve been selling kaapi online and at local markets in Toronto and Montreal as they built their brand.

Now, they’ve gained enough of a following to make their “dream come true.”

Madras Kaapi offers several different blends, including one that contains 10% chicory, offering a “distinct woody/nutty flavour” that makes it stand out from other coffees.

Until they open the doors to their own café next month, Madras Kaapi is operating a coffee kiosk inside 6X8 Market at 184 Baldwin Street.