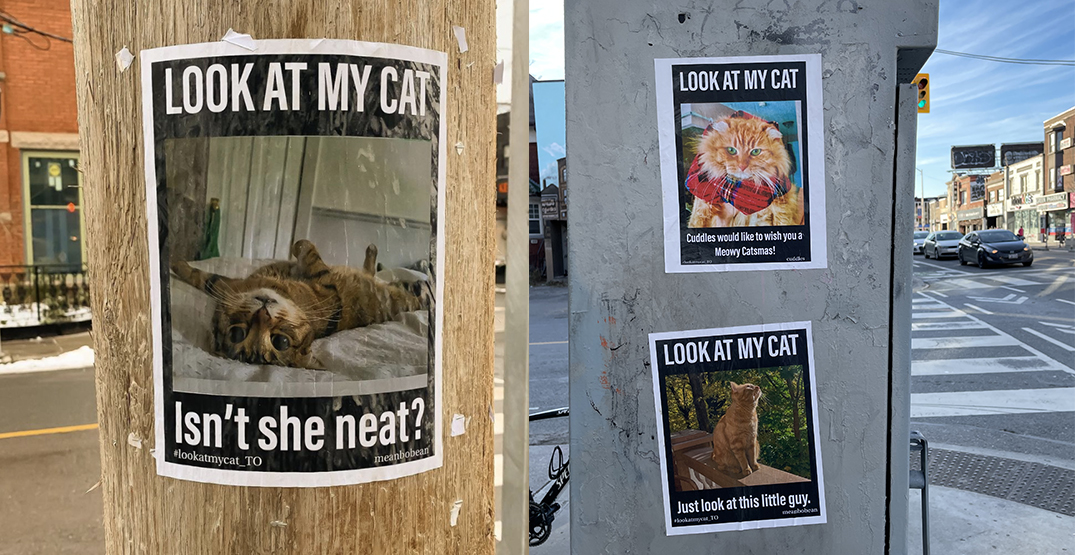 On my way to do groceries in Koreatown, I stumbled upon some eye-catching posters plastered on an electric generator.

From afar, it looked like missing cat posters — two adorable orange tabbies lost from their furever homes. But as I got closer, I was relieved to see what the posters were actually requesting.

“LOOK AT MY CAT” was written on the poster in all caps. Below the photo of the cats were cute captions.

“Cuddles would like to wish you a Meowy Catsmas!” one read.

“Just look at this little guy,” read the other.

It turns out these posters are all over the city. After a quick search, I found their Instagram account @lookatmycat_to, where they post all of the street sitings of the posters. From Kensington Market to Cabbagetown, you’re sure to run into one of them when you’re out and about.

So, who’s behind this guerrilla pet art project? They prefer to remain anonymous, but it is a group of three pawrtists. They were feeling down a few months ago due to “the general state of everything.”

“One night, we were going to go for a walk, but one of us decided to level-up and create these posters for us to hang while we did it,” the group told Daily Hive in an email.

“We really loved the ‘Look at my Cat’ memes on Instagram and TikTok, so why not take that idea and create posters of our cats to plaster around the city — who doesn’t love seeing an adorable cat?”

The memes they’re referring to are of a popular sound used on TikTok that says “Look at my cat” over and over again. Even Taylor Swift participated.

With the entire city of Toronto as their canvas, the group knew they’d have an audience.

“We knew that if it made us smile, it was guaranteed to make strangers smile, and everyone needs that these days,” they explained.

The furballs in the photos aren’t random images of cats off the internet.

“The cats in the photos are our (completely objectively) perfect and adorable buddies,” they said.

While the project started with just the group of three, they say their friends quickly started requesting posters be made of their own cats. It’s well-known that cat owners love showing off their furiends, so naturally, the trend quickly caught on beyond their circle.

They know someone who wants to expand the reach to Hamilton, and there was even another group that surprised a friend with posters of her cats all over the Junction. The group encourages other cat lovers to use the format to create their own posters.

The crew says they’re amazed at the online responses to the posters, adding that the best reactions are when people spot them postering.

“They’ll stop and ask about what we’re doing, and when they realize that we’re just posting photos of adorable cats, they inevitably laugh and walk away with a huge smile and a word of encouragement, And they’ll always tell us about their cats,” they said. “I think dog people get to show off their pet every time they take a walk; these posters are the cat’s time to really shine.”

If you want to get in on the fun, you’re in luck! Since their project has gained so much pawpularity, the group is planning on doing a cat scavenger hunt in the near future. People can submit photos of their feline friends to the @lookatmycat_TO Instagram account, which will then be plastered in a random neighbourhood in Toronto. Then you’ll have to go on the hunt for your cat’s poster.

I sent them a photo of my old cat Simon, who they said was a perfect candidate for the scavenger hunt. 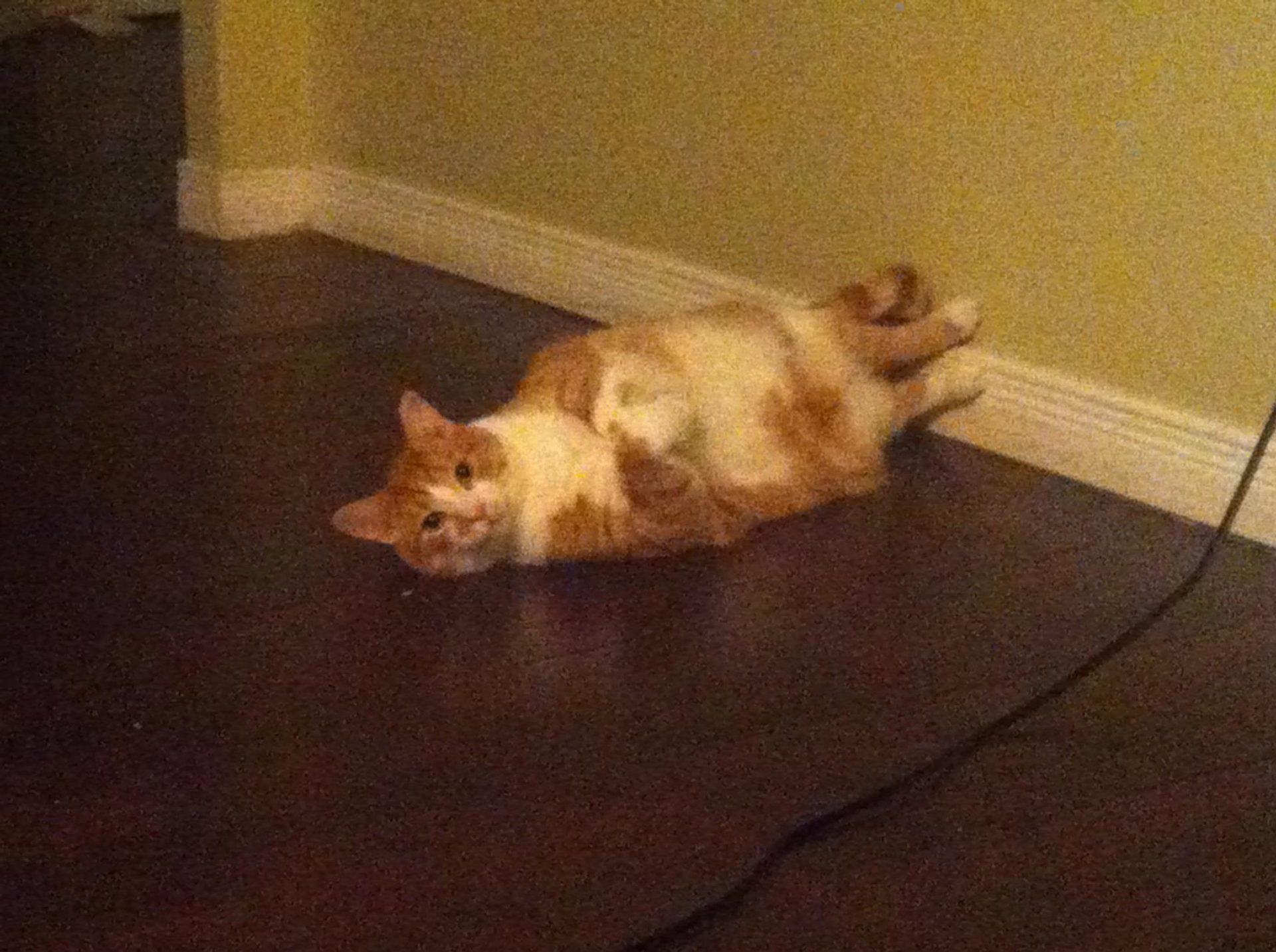 “Simon is perfection and should definitely be in the scavenger hunt…. Give him a scritch from us!”