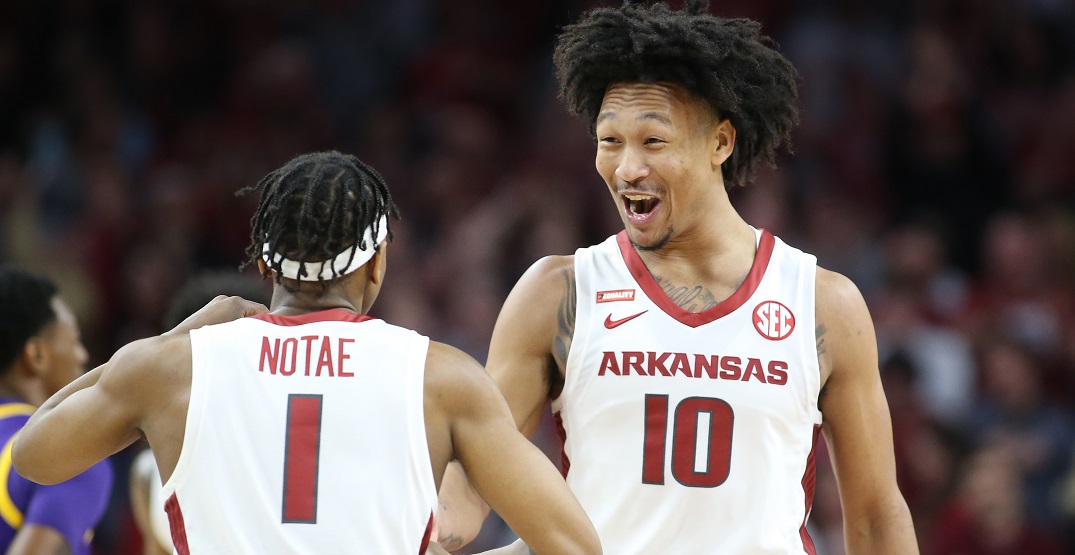 The Toronto Raptors have their work cut out for them ahead of the NBA draft later this month.

This year, the Raptors hold just one draft selection: the 33rd pick, or the third pick of the second round.

After trading away their first round pick (to move down to 33) in the Goran Dragic/Thad Young exchange and giving up their own second rounder back in 2019, the Raptors are zeroing in on who they’ll select at the June 23 event.

“We’re working really hard to kind of narrow down the guys that we think we’re going to be looking at,” Raptors assistant GM Dan Tolzman said in a media availability last week.

But the challenge is markedly different than last year when they selected 2021-22 NBA rookie of the year, Scottie Barnes, with the fourth overall pick.

Also asked about the pressure from the 2021 draft to this one: “If you mess up at 33, it's a little less of a big deal than if you mess up at four.” pic.twitter.com/FHsaZJABPG

With a shoutout to @nba_ced, who compiled much of the list, here’s a list of everyone the Raptors have been rumoured to workout or be interviewing ahead of the draft, as well as a few prospects who have popped up in Toronto over the last month.

With most teams not putting out a complete list of who they’ve worked out with, it’s likely an incomplete list. But at the very least, there are 29 names who Toronto has had the option to pick from when they step up to the podium in a few weeks.