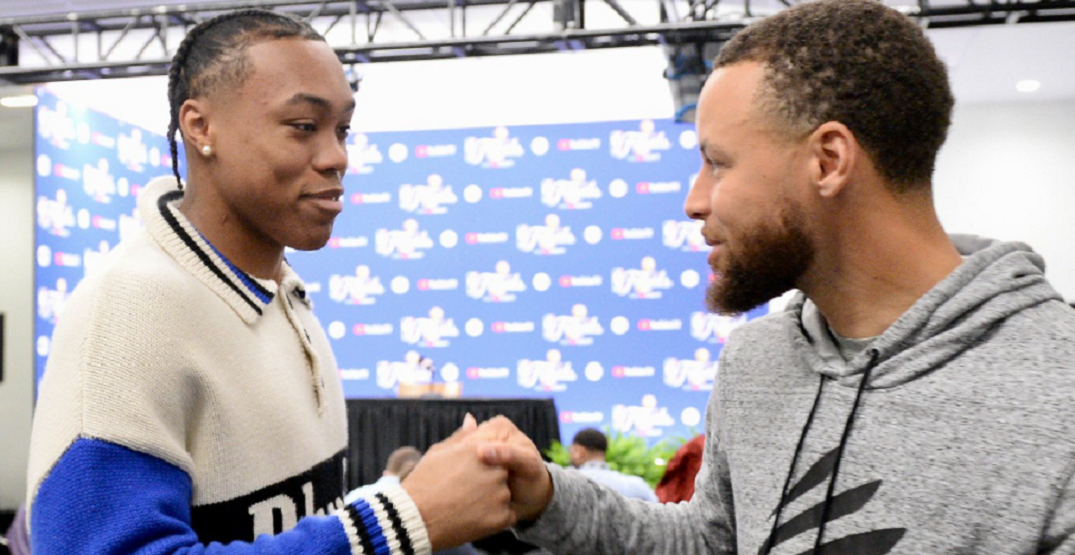 The NBA Rookie of the Year, Barnes was in attendance for Game 3 of the NBA Finals between the Golden State Warriors and Boston Celtics.

Working for the NBA as a social media correspondent, Barnes spent two days in Boston filming videos and taking pics for the league.

“Scottie Barnes here from the Toronto Raptors, your rookie of the year, here at NBA media day,” he shared. “[I’m] about to interview some NBA players.”

Barnes met up with Golden State’s Steph Curry, with the two seemingly

Barnes also got a chat in with the Celtics’ Jayson Tatum, who dropped 26 points in Game 3.

But perhaps most special was a chance to reconnect with Golden State’s Moses Moody, who Barnes played with at Florida’s Monteverde Academy high school.

Barnes also nailed his prediction, calling a Celtics win before it happened last night. Boston came out on top by a 116-100 score.

.@ScottBarnes561 is picking the Celtics to win Game 3 in Boston ☘️

Barnes made headlines earlier in the week for a clip that surfaced from his Twitch streaming, where he made fun of someone simply for being from Brampton, calling him a “waste yute”.

SCOTTIE. His Twitch stream is already a must-watch 😂 dropping Brampton slang in the chat pic.twitter.com/InSnnUrrKM

Barnes swears it was all in good fun though, saying he loves “all my ppl from Brampton” in a follow-up Instagram story.

But the next time Barnes shows up at the NBA Finals, he’s looking to be playing in it.

“Trying to be here soon, baby,” he said.