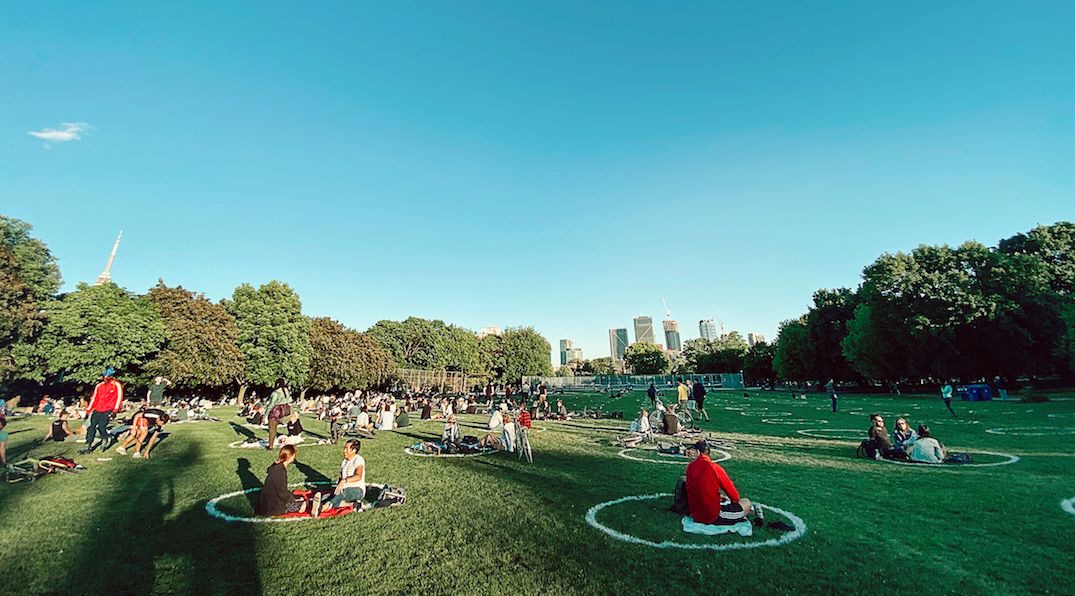 Limits on social gatherings in Toronto are in effect starting today.

On Thursday, Premier Doug Ford announced that Ontario will limit social gatherings to 10 people indoors and 25 people outdoors in Toronto, Peel and Ottawa to help stop the spread of COVID-19, effective Friday.

These gatherings include parties in backyards, at BBQ’s, and parks, but not restaurants.

To support better compliance with public health guidelines, the province made amendments to the Reopening Ontario (A Flexible Response to COVID-19) Act, which, if passed, would impose fines of a minimum of $10,000 to a maximum amount of $100,000 for those hosting these social gatherings and $750 for people attending the events.

The new limits will not apply to events or gatherings held in staffed businesses and facilities, such as bars, restaurants, cinemas, convention centres or banquet halls, gyms, and recreational sporting or performing art events.

The premier said that he will not direct the police but with the new bylaws in place, the police will work to act accordingly to enforce the new regulations.

Ford also said that repeat offenders will not be charged more than once, but they will repeatedly be given the fine and go to the courts, where “the courts will decide.”

The announcement comes after Ontario has been reporting a spike in cases, with numbers fluctuating around the 300 mark this past week.

On Thursday there were 293 reported cases, a bit less than Wednesday’s 315 —the highest count since early June, and then lower numbers on Tuesday with 251, but spiking with Monday’s 313.

Toronto, Peel, and Ottawa are usually the hotspots in the province accounting for almost half of the cases each day.