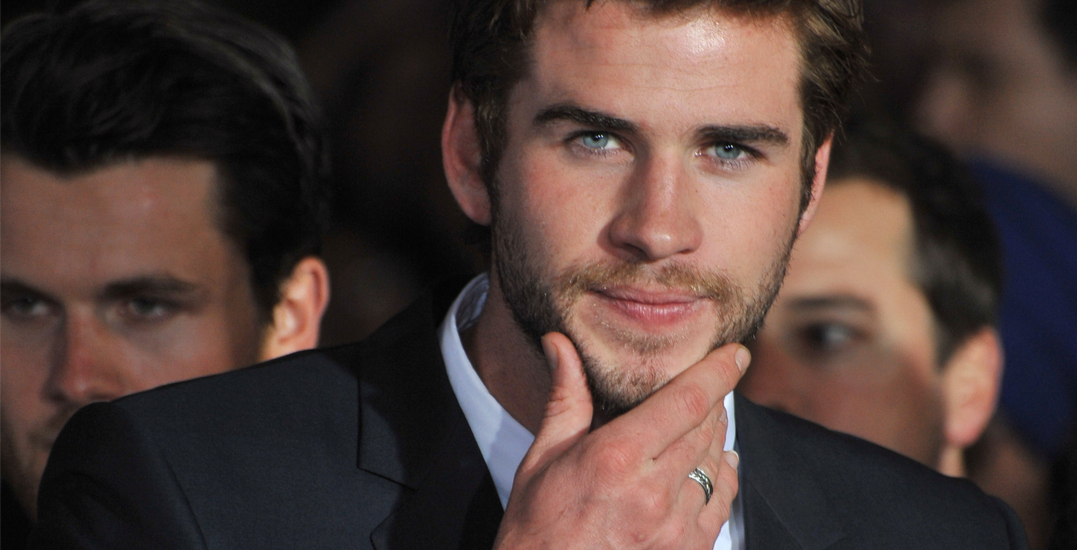 The 29-year-old, who is in town filming his new Quibi TV series Dodge & Miles, has been spotted in both Toronto’s Little Portugal neighbourhood and in Hamilton over the past few weeks.

And it looks like the actor is still in town, as he shared a photo of himself in Hamilton this week.

On Wednesday, Hemsworth showed his 14 million followers on Instagram a shot of him performing a ‘flag pole’ stunt, in which he’s holding his entire body up in a horizontal position while gripping the handles of what appears to be a fire escape.

“Night shoots in down town Hamilton are very exciting. Piece of cake really… love from the #flagman,” wrote Hemsworth.

It’s nice to see Hamilton receiving some love, especially after the actor gave Toronto a huge shoutout over the weekend.

According to the City of Toronto, Hemsworth’s show will wrap in the city on November 1.

So there is definitely still time for some Liam spotting…

Night shoots in down town Hamilton are very exciting. Piece of cake really…love from the #flagman