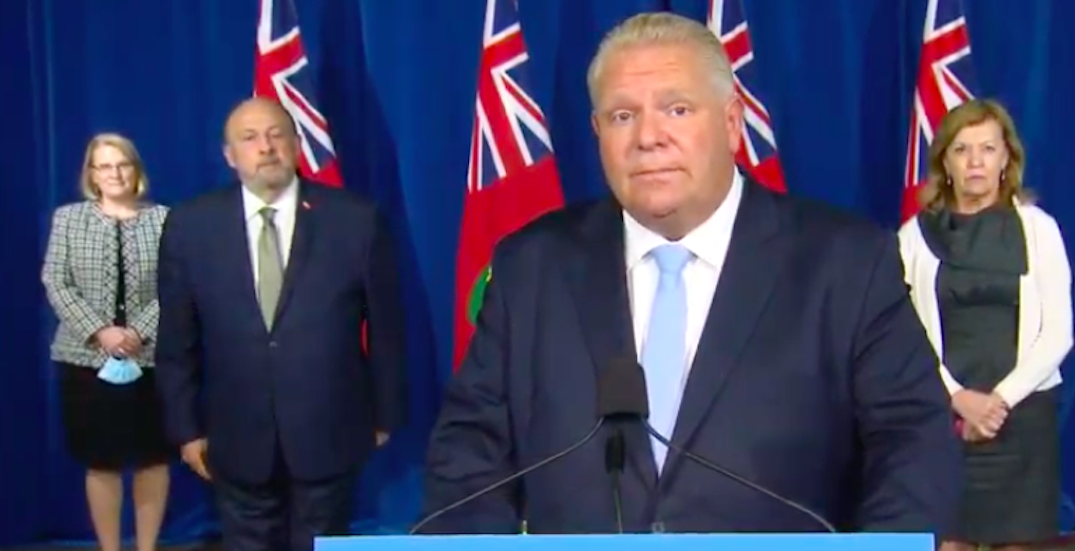 Premier Doug Ford says Education Minister Stephen Lecce will provide an update soon on whether or not schools will have a prolonged winter break.

On Tuesday, during his daily press conference, Ford said that Lecce is sitting down with Chief Medical Officer of Health Dr. Williams and will be “coming out shortly” to make an announcement.

But the premier noted he’s hearing that parents want their kids to be in school.

“It’s working well. Out of the 4,828, we have one closed. The credit goes to teachers, principals, and school boards, and of course Minister Lecce,” Ford said.

He also added that the kids “love” being in school as they already had a long break.

“It’s good for mental health and gives the parents a bit of a break. But I know Minister Lecce will come out for an announcement soon for parents to prepare.”

When asked again by a reporter how parents should prepare for the announcement, Ford said to “not confirm that” until Lecce sits down with the chief medical officer.

“I don’t want to jump the gun here and say be prepared, as it might not happen. So let’s wait for the minister.”

According to Ontario’s school tracking website, so far over 3,500 COVID-19 cases have been reported by schools since mid-September, with over half from students.

There has been a reported 1,126 school-related cases in just two weeks, with 2,392 cases reported 14 or more days before that.

There are a total of 96,745 confirmed cases of COVID-19 in Ontario reported to date.