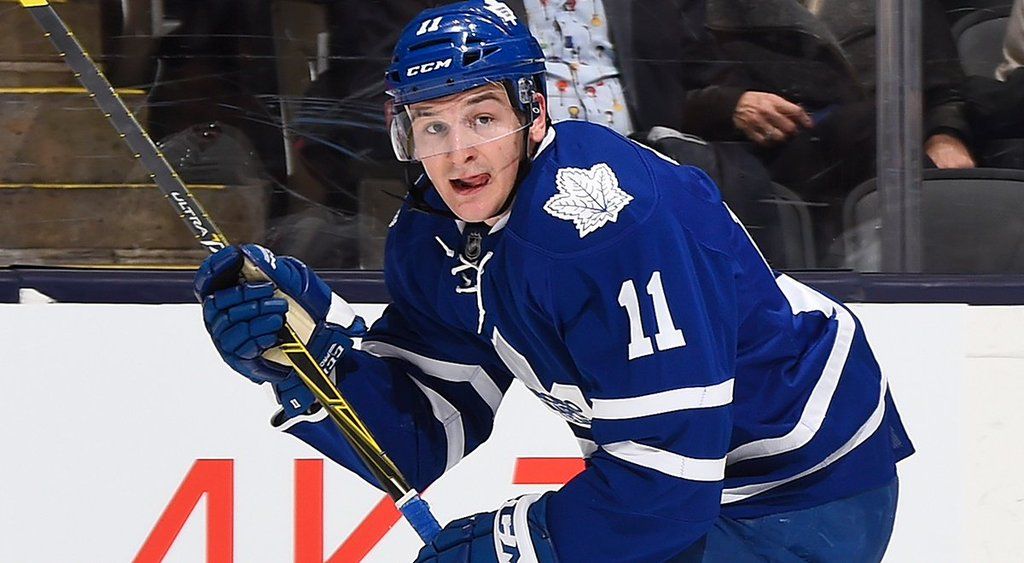 Auston Matthews. Mitch Marner. William Nylander. If you follow the Leafs, you know exactly who they are.

In the media frenzy that has surrounded the three main young stars over the past few months, there hasn’t been much attention given to some of the other supporting cast members who truly have the talent to become big-time NHLers.

So I don’t blame you if you know next to nothing about Zach Hyman. But trust me, everyone will know about him in a few years from now.

While Marner dominated junior, and Matthews and Nylander made their presence known professionally before joining the Leafs, Hyman took his time rising through the ranks to the NHL.

To sum it up, he’s got a jersey in the Hockey Hall of Fame and a gold medal in his room after playing for his country internationally. He’s quite good.

In 2008–09, Hyman made the jump to the Ontario Junior Hockey League (OJHL) as a 16-year old, a feat that likely results in less ice-time than he would get at the Midget AAA level. But he made the most of it, getting named as the team’s rookie of the year thanks to 37 points in only 49 games.

Hyman became the youngest captain in OJHL history at the age of 17, a role that he truly shined in. In 49 games that year, Hyman finished with 35 goals and 75 points, numbers you’d typically see out of 19 and 20-year-old veterans in the league.

But it was in 2010–11 where Hyman truly hit star-status in the OJHL. Now a top star in the league, the Toronto native finished second in the Canadian Junior Hockey League (the governing body for the OJHL) in scoring, recording 102 points in 43 games.

There have been many players with more points than that before him, but the skill level was hitting new highs in the league and he did it while still being a year or two younger than other players who have done so. In junior hockey where age can really help determine skill, that’s no small task. Among many accomplishments during that year, he was named the CJHL Player-of-the-Year, an award that proved he had the talent to rise through the hockey ladder in due time.

His skill caught the attention of Hockey Canada, who made him an alternate captain at the U20 Three Nations tournament in Norrtälje, Sweden in 2010, despite being a double-underaged player. It wasn’t the first, or only time he’d represent Canada internationally, winning a silver medal with Canada at the World Junior A Hockey Championships in Penticton in 2010, and a gold medal at the 2013 Maccabiah Games in Israel.

During his rookie season, Hyman garnered interest from the NCAA, and his smarts away from the ice caught the attention from Ivy League school Princeton University, with the intention of joining the school and their hockey team in 2011-12.

In Canada, it’s rare to find the biggest stars dodging the OHL, WHL or QMJHL in favour of playing at the collegiate level. In order to play at the NCAA level, you can’t play professionally beforehand. Due to their regulations, this also includes the CHL and CJHL in Canada, which, despite being junior hockey, does have some financial perks for some players involved.

It’s a strict policy, but for players trying to get a degree while playing top-level hockey, it’s a must. And with Hyman being strong in school and with the puck, it made sense for him to go that route. He graduated with a 94% average from the prestigious Tanenbaum Community Hebrew Academy of Toronto, proving he knew what to do when it came to the classroom.

Hyman never actually played for Princeton, instead opting to take his talents to the University of Michigan. It was a smart decision for the youngster, who was named to the NCAA (B1G) First All-Star Team in 2014-15, thanks to leading his team in scoring that year. On top of that, he was Hobey Baker Award finalist for being one of the top players in the NCAA, so you can what I’m trying to say.

He proved everything he could at the NCAA level, but it was his play in the OJHL that really got scouts noticing his play. In fact, he was drafted in the fifth round of the NHL Draft by the Florida Panthers following his second year in the league, a massive feat that very few players from the league get to take part in each year.

Hyman proved that, even these days, that playing Junior A hockey in Ontario is a viable pathway to playing in the NHL. It’s a message teams and scouts try to ingrain in the minds of young players, but many still discredit it because it’s not the CHL. But if a player like Hyman can go through the ranks and make his way to the NHL, it’s definitely a path worth pursuing if you prefer the school route in the future.

For Hyman, his one assist to start the season may not seem like he’s playing that well, but give it time. He’s going to be a long-term option up front and if he sticks around with the core players, which will be tough due to cap restraints, he’ll make his presence known soon enough.

You can put money on that.