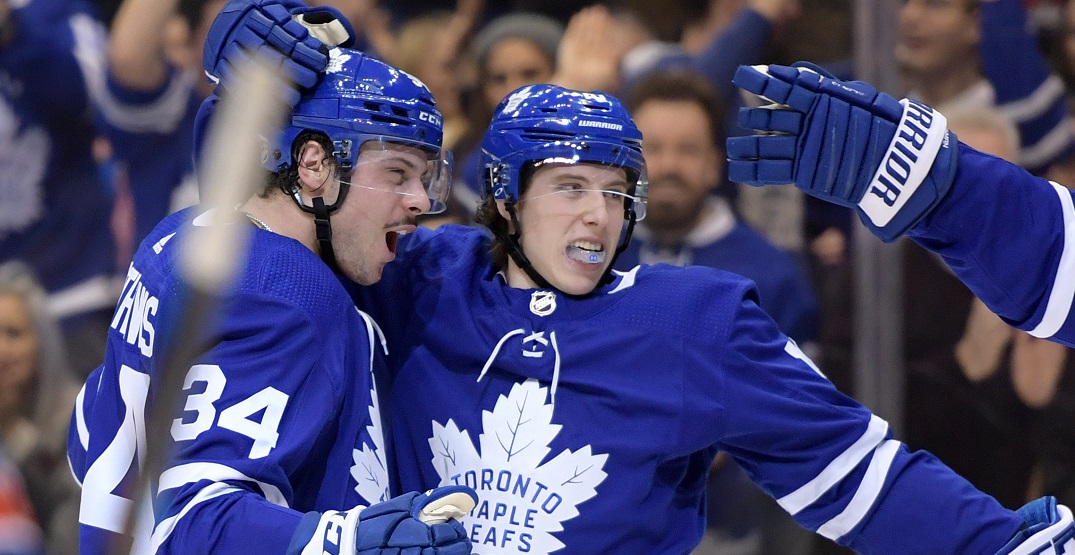 The 2022 Beijing Winter Olympics are a little over five months away, and it’s possible that upwards of 10 members of the Toronto Maple Leafs could find themselves suiting up for their national teams next winter.

Though the NHL has yet to confirm whether or not their players are going to China, an announcement is expected in the coming days.

Here are the 13 Leafs who could reasonably make a roster for the Olympics next year:

Mitch Marner and Auston Matthews both finished in the top-5 in NHL scoring this past season. Barring any internal gripes from Hockey Canada or USA Hockey, the two top-line Leafs forwards should have no problem cracking a roster at the Olympics.

And then there’s Petr Mrazek, who was the only Czech goaltender to put up a save percentage over .910 in the NHL last season (he put up a .923).

For these four Leafs, making the roster should be smooth sailing, barring anything catastrophic happening before February.

Morgan Rielly and John Tavares both make a lot of Canadian Olympic team roster projections, but not all of them. Tavares won a gold medal in 2014 at the Sochi Olympics, but also broke his leg in the process. Rielly, meanwhile, has yet to make an Olympic roster, but has been among the Leafs’ best defencemen in his eight years with the team.

Ilya Mikheyev has a decent shot at making the Russian roster, but he’s far from a lock. He finished 12th in scoring amongst Russian forwards in the NHL last season with seven goals and 10 assists.

Jack Campbell had the best save percentage of any American starter next season, but there are only three roster spots available. Names like John Gibson, Thatcher Demko, and Connor Hellebuyck will all be fighting with Campbell for a roster spot.

If TJ Brodie and Jake Muzzin weren’t born in Canada, they’d have a much higher shot of cracking the Olympics roster. Muzzin represented Canada at the 2016 World Cup of Hockey, but that’ll be six years removed from Beijing. Brodie suited up for Canada at the 2013 World Championships but, well, you do the math. At age 31 for Brodie and 32 for Muzzin, younger options are more likely to be selected.

Ondrej Kase and David Kampf could provide depth to the Czech squad, but would need big seasons to do so. Kase is coming off a year where he played just three games due to injury, while Kampf scored just once in 56 games last year.

Rasmus Sandin’s Olympics path is also a long shot, as the Swedish blueline is notoriously one of the world’s deepest. But hey, a strong first few months from the 21-year-old could slide him in as an extra option if the Swedish coaching staff are willing to take a chance on the fleet-footed youngster.