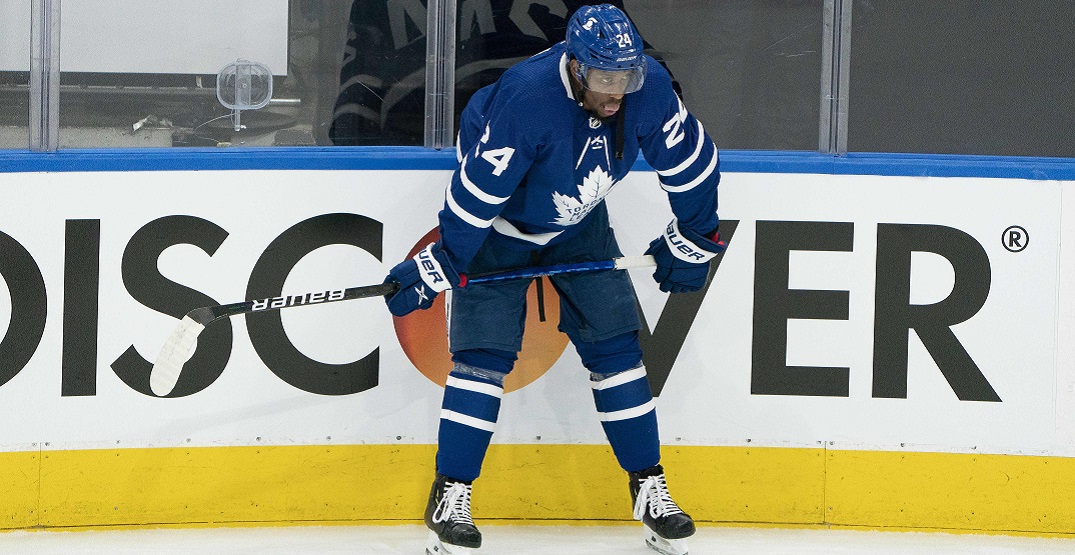 The Toronto Maple Leafs appear to be looking to bring forward Wayne Simmonds back into the fold for at least another season.

Sportsnet insider Elliotte Friedman tweeted the news on Monday afternoon of the contract extension talks between Simmonds and the Leafs’ management.

31 Thoughts will be coming soon, but one bit of news. Nothing finalized, but word is TOR is working on an extension with Wayne Simmonds. Sounds positive.

As Friedman said, nothing is finalized, but it does seem like bringing a tough-as-nails veteran player like Simmonds back would be a sensible move for the Leafs as long as it’s for a reasonable amount of money.

Simmonds played 38 games for the Maple Leafs this past year, potting seven goals and adding two assists. He averaged a shave under 12 minutes a night of ice time, coming in at 11:59 on average.

Over the course of his career, Simmonds has played 947 NHL games with Toronto, Buffalo, New Jersey, Los Angeles and, most notably, Philadelphia.

Simmonds is likely to return on something similar to a one-year deal of $1.5 million that he signed in Toronto last season. At age 32, it doesn’t seem feasible for the Leafs to offer him anything more than a one or two-year deal.

Heartbreaking playoff loss to Montreal aside, Simmonds is a dependable bottom-six forward who, by all accounts, is well-liked by everyone except his opponents.

Born in Scarborough in 1988, an extension would be an opportunity to continue playing for his childhood team.

For Toronto’s sake, they’d hope they could convince Simmonds to go something closer to the league minimum of $750k that was signed by Jason Spezza earlier this month.