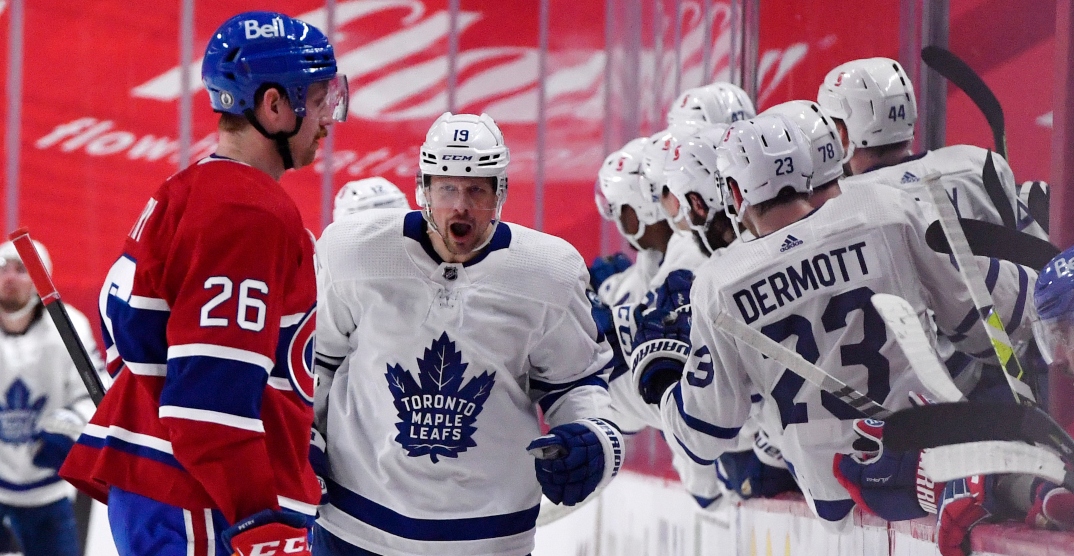 The Toronto Maple Leafs announced today that forward Jason Spezza has been signed to a one-year, $750k extension.

The 38-year-old forward played in 54 games for the Leafs this year, recording 10 goals and 20 assists.

Spezza is both a fan favourite and an analytics darling, and his ability to still produce at a high level is clear in in these pair of graphs from hockey statisticians JFreshHockey and Micah Blake McCurdy.

Jason Spezza, signed 1x$0.75M by TOR, is still a very effective and efficient fourth liner who produced at a very high rate in very small minutes this season. #LeafsForever pic.twitter.com/CfTSda83tN

The deal is Spezza’s third one-year contract in a row with Toronto. It appears that he’s happy signing these deals as long as he’s still fit to play.

After being placed on waivers earlier this season, Spezza was quoted as saying that he’d retire if a team other than Toronto tried to claim him.

“I feel like there’s a lot of unfinished business,” Spezza said at the Leafs’ end-of-season media availability earlier this month. “I feel very invested in the group here.”