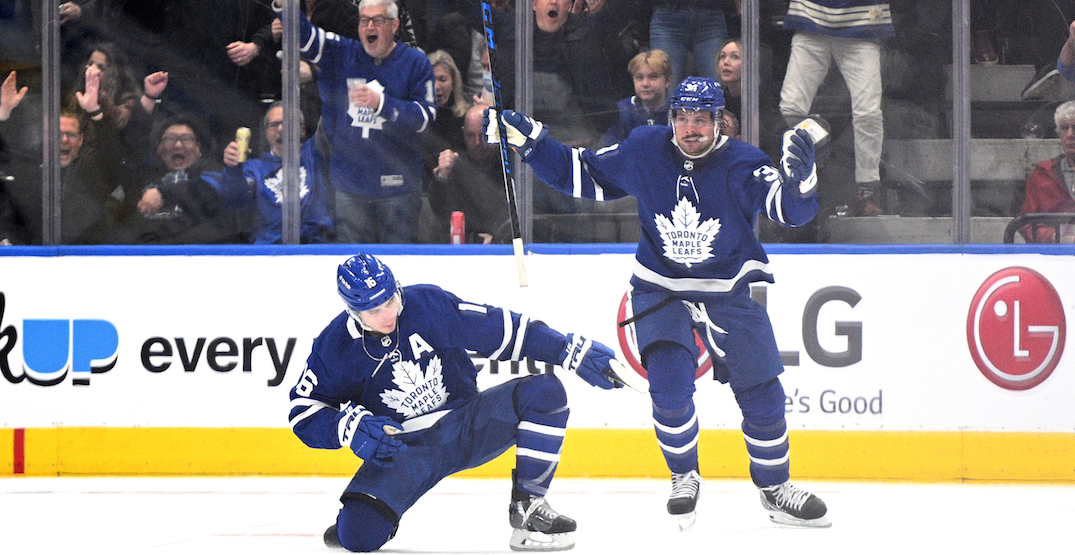 The Toronto Maple Leafs roster for next season is far from set, but that doesn’t exclude us from projecting it anyway.

Ahead of tomorrow’s free agency period opening, it’s a great time to take a look at what the Leafs will look like next season.

Of these players, 22 have already made their Leafs debut, with just goalie Matt Murray set to be the lone new Leaf come October.

In free agency, the Leafs aren’t expected to do much, with the need to still re-sign RFAs Pierre Engvall and Rasmus Sandin as their top priority.

Here’s what the Leafs’ roster could look like come opening night:

Barring a miracle, it appears Jack Campbell’s time with the Leafs has come to an end. The Leafs acquired Murray yesterday in a trade with the Senators, who projects to be the team’s starting goaltender.

The Leafs’ d-corps should look relatively similar next season. There are still questions to be asked about if the Leafs will come to terms with the unsigned Rasmus Sandin, but there’s also been no real indication that he won’t eventually end up in Toronto.