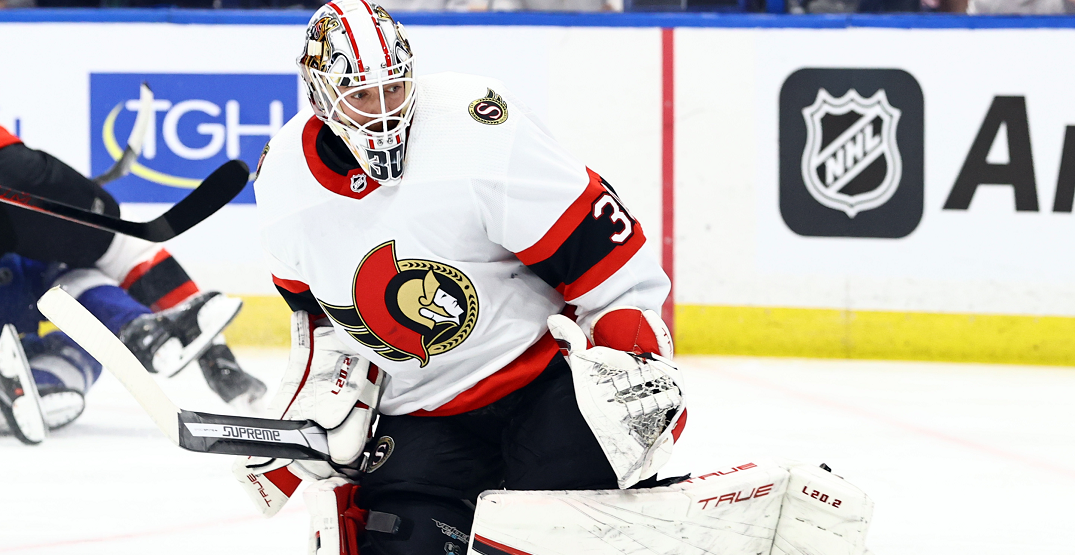 Matt Murray could be the new starting goaltender for the Toronto Maple Leafs.

After a deal between the Leafs and his current team in the Ottawa Senators for Murray was reportedly “getting close,” per TSN’s Darren Dreger, the Leafs officially made the move on early Monday evening.

Murray currently holds two years left on his deal, valued at a cap hit of $6.25 million per season, in a contract that was originally signed with the Penguins, which comes out to the Leafs paying $4.7 million for his services per season.

Dreger stated earlier in the day the teams have been discussing a Murray trade “since Friday.”

Murray would likely take the starting goalie job away from Jack Campbell, who has also been heavily linked to joining the Edmonton Oilers. The interest comes less than a week after Toronto parted ways with Petr Mrazek after just one season, sending him to Chicago in a draft-day trade.

There was a time and a place where Murray playing goalie for the Leafs seemed like a pipe dream.

Back in 2016-17, Murray was coming off two straight runs to Pittsburgh to Stanley Cup championships, forming one of the sport’s most formidable all-time goalie tandems with Marc-Andre Fleury as the Penguins claimed themselves as the class of the league.

Shortly after winning the Cup for a second time in a row, Fleury ended up being claimed by the Vegas Golden Knights in the 2017-18 NHL expansion draft, eventually winning the NHL’s Vezina Trophy as the league’s top goaltender last season.

Murray was tabbed as the Penguins’ goalie of the future but was shipped out to Ottawa in October 2020 for Jonathan Gruden and a draft pick after another goalie logjam situation in Pittsburgh.

While he came in with a strong resume, Murray hasn’t been able to live up to the bill in Ottawa: he’s got a record of just 15-25-3 in 47 games with a goals-against average of 3.23 and a save percentage of .899 over the course of two seasons.