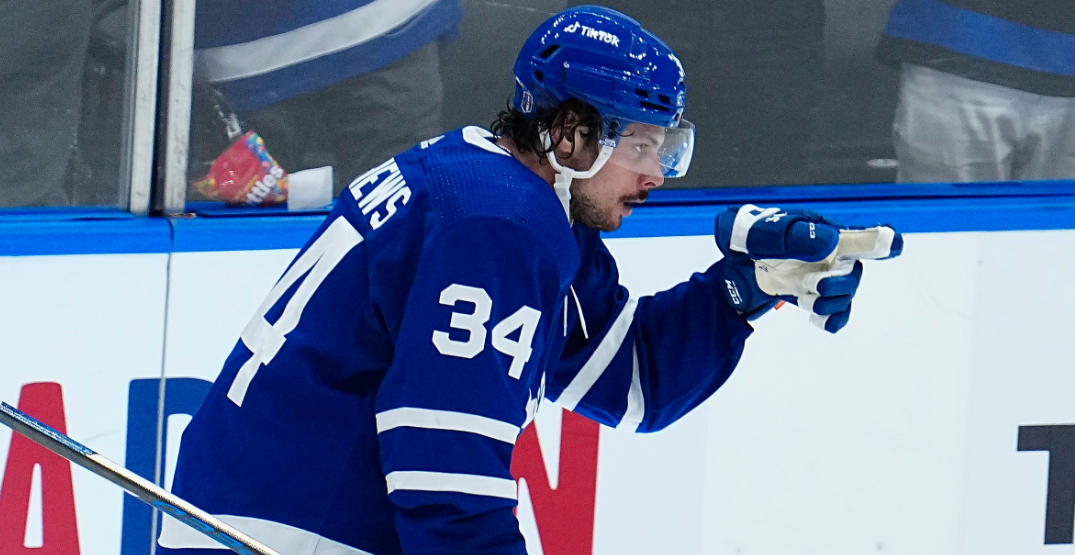 Mark your calendars for Wednesday, October 12, when the Toronto Maple Leafs kick off their regular-season schedule.

It’s a classic matchup for the Leafs to open up their schedule, as they face off against the Montreal Canadiens at the Bell Centre on the second Wednesday of October.

One night later, they’ll have their home opener against the Washington Capitals, before a divisional matchup against the Ottawa Senators on October 15 to make it three games in four days.

As per tradition, they’ll play nearly every Saturday night of the year, playing in 22 Saturday matchups this year.

The most intriguing matchup of the year for me actually comes on December 31, when they’ll visit the defending Stanley Cup Colorado Avalanche. No word on the start time for that one yet, but it sounds like a heck of a way to ring in the New Year.

For Western Canadian Leafs fans, they’ll travel to Seattle, Edmonton, Calgary, and then circle back to Vancouver between February 26 and March 4.

The Leafs schedule features 14 back-to-backs, three road trips of five games, as well as one homestand of five games from January 23 to February 1.

Here’s a printable version of the Leafs’ schedule, for your records. (If you still have a printer, that is.) 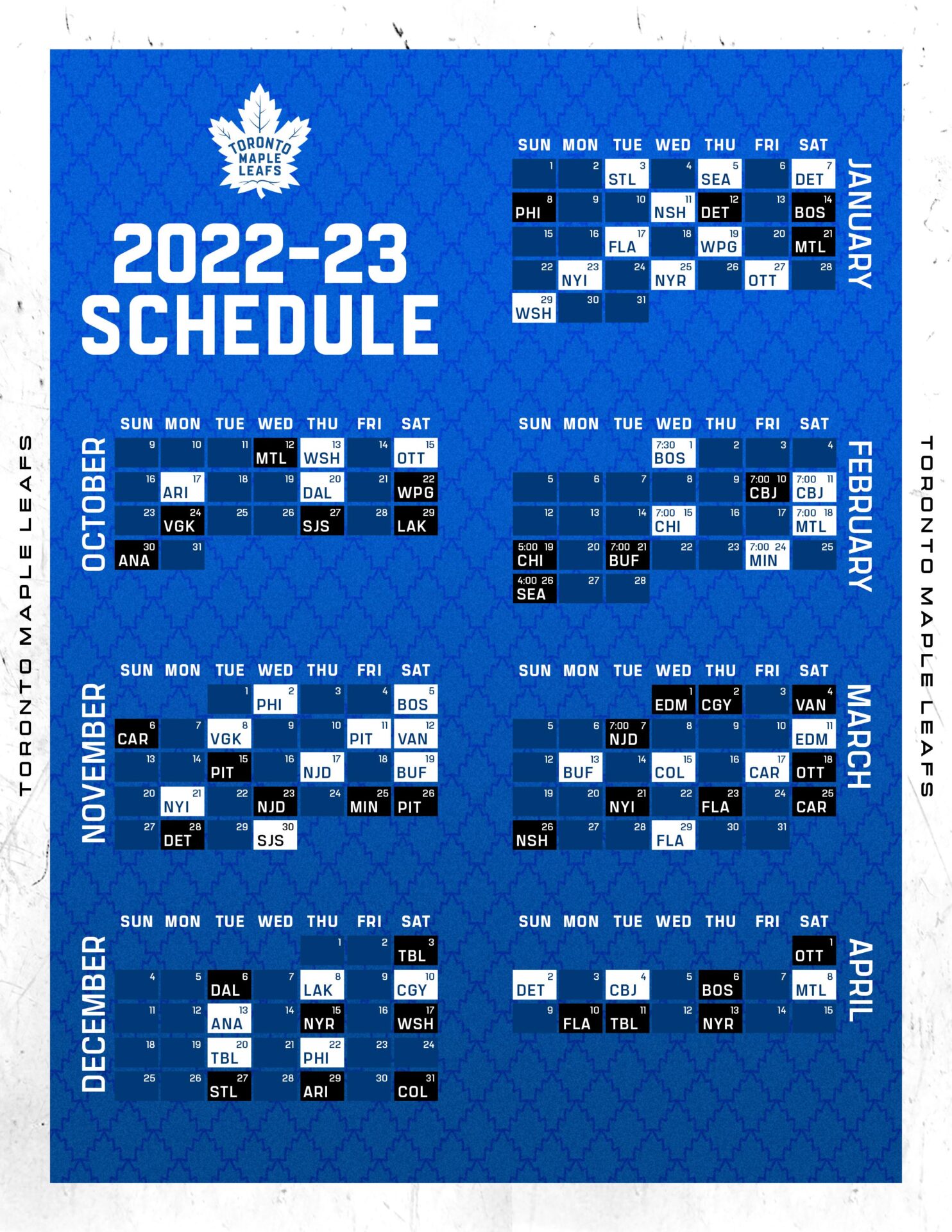