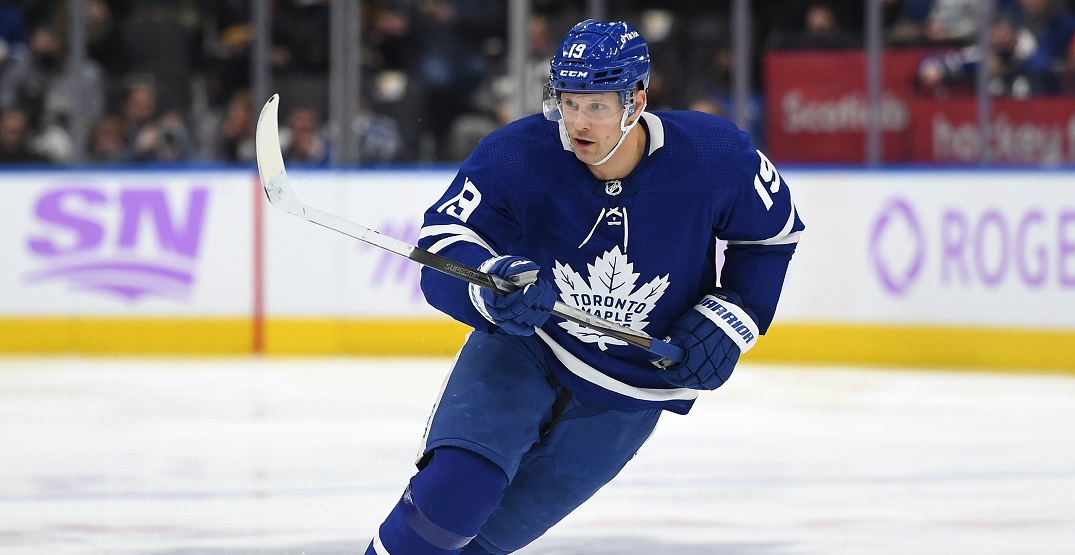 When the Toronto Maple Leafs trot out their fourth line against the Tampa Bay Lightning tonight in Game 1 of their first-round playoff series, one familiar face won’t be there: veteran forward Jason Spezza.

Spezza skated in 71 games for the Leafs this season, totalling 12 goals and 13 assists to add up to 25 points.

Making just $750,000 this season on his third consecutive one-year deal with the Leafs, the 38-year-old Spezza has spoken frequently about how he’d only play in Toronto at this point in his career, or he’d retire if that opportunity wasn’t there.

For now, here’s what Leafs coach Sheldon Keefe will be trotting out tonight, per Joshua Kloke:

“Those guys are a big part of our identity in that way,” Keefe told reporters on Sunday about including Simmonds and Clifford on the fourth line. “We can only go off of how the games have been recently, how Tampa has played when they have had success in the playoffs, and how they played the last time we played them. They are extremely physical and competitive.”

On defence, the Leafs will be going with:

Jack Campbell will be in net.

Keefe does anticipate getting Spezza some action on the Leafs’ fourth line later in the series.

“It’s not easy. You’ve got a veteran guy that wants to win as bad or more than anybody,” Keefe said Monday of the decision to sit Spezza. “He’s going to factor in [at some point]… but this is the mix we like here for tonight.”

Puck drop is set for 7:30 pm at Scotiabank Arena.