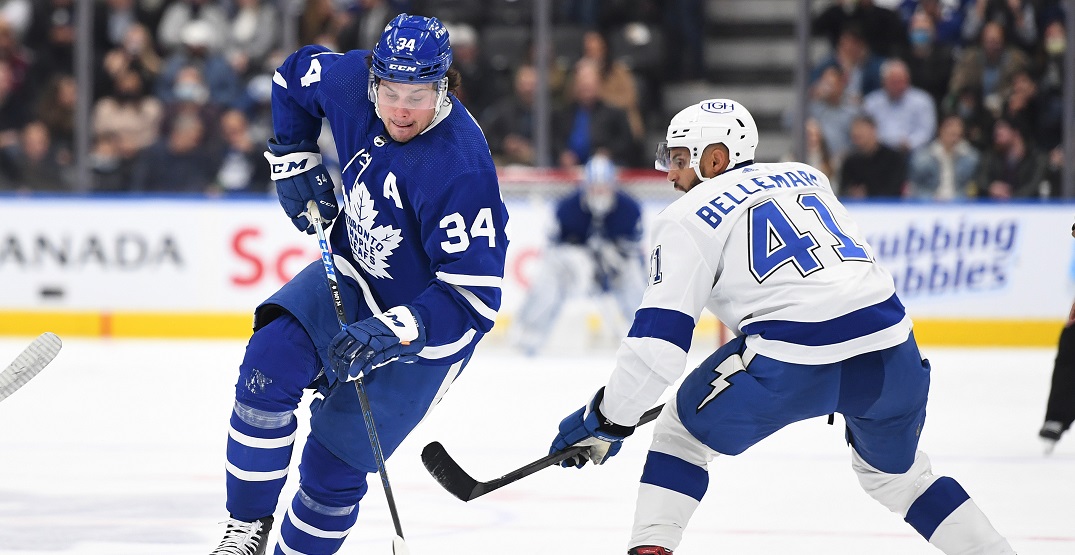 The Toronto Maple Leafs didn’t get much of a reward for their record-setting season, drawing the two-time defending Stanley Cup champion Tampa Bay Lightning in the first round.

With the Atlantic Division sporting three of the league’s top eight teams, (and four of the top 10), there was never likely to be an easy playoff matchup for the Leafs if they finished second in the division. The Leafs finished with 115 points, a franchise record, but the Lightning sit right behind them at 110 points on the year.

“What we’re looking at is just a great opportunity against a really, really good team that knows how to win and the challenge that they represent,” Leafs forward Auston Matthews said to reporters on Sunday. “It’s not supposed to be easy… they’ve been the standard in this league for two years and they know how to win. It’s a great challenge for us to jump in there and I know the guys in the locker room are excited.”

Matthews hit multiple records this season: most goals by a Leaf in a single year (60) and the most single-season goals by an American-born player.

“We’re just confident about the work that we put in up until this point to be ready for this moment,” Matthews added.

Matthews wouldn’t get into the details of his injury that caused him to miss four games earlier in April.

“I think everybody’s kind of going through something, little bumps and bruises along the way,” he said. “But in the end, we’re just gonna go out there and compete and feel as good as possible.”

Matthews added that the Leafs are looking forward to a strong playoff performance from starter Jack Campbell.

Campbell was initially looked like a possible Vezina Trophy favourite before a sub .900 save percentage in each month of January through March. But Campbell rebounded in April, putting up a 7-0-2 record and a .915 save percentage over his final nine games of the year.

“I don’t think his confidence ever really wavered,” Matthews said about Campbell. “Ours really didn’t either. I think it’s just a matter of finding his game and getting in a nice rhythm and obviously he’s been playing unbelievable for us this year.”

Game 1 for Leafs-Lightning is set for Monday night at 7:30 pm ET.