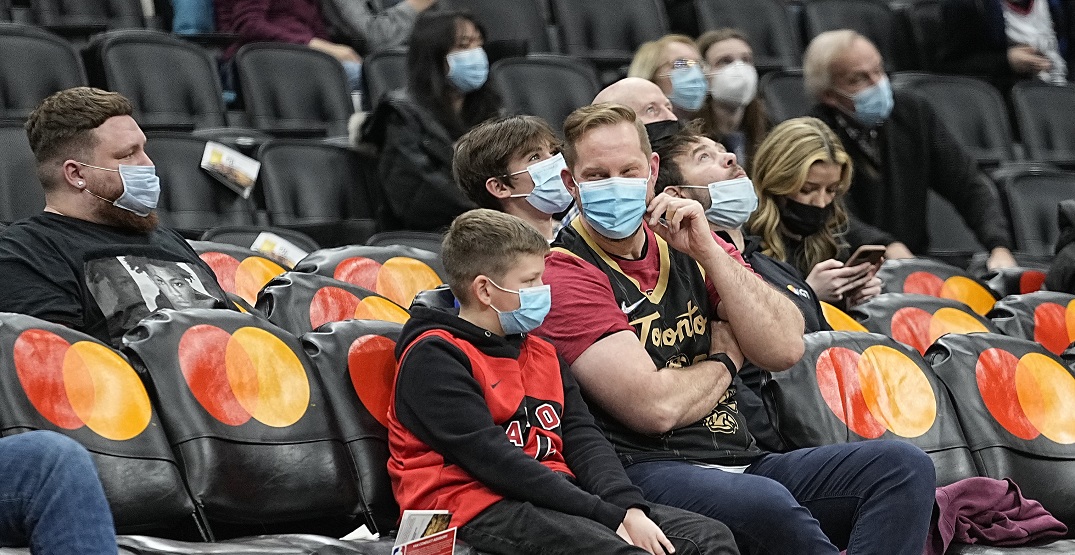 The capacity for Toronto Maple Leafs and Raptors games at Scotiabank Arena is shrinking once again.

Hot off a new announcement of COVID-19 regulations coming from the province, capacity for Leafs and Raptors games will be dropping starting tomorrow at 12:01 a.m.

The capacity is being capped at either 1,000 people or 50% — whichever is less — for sports and fitness centres, concert venues, and theatres.

The first game to be affected will be Serge Ibaka’s return with the Los Angeles Clippers, scheduled for tomorrow evening. Tipoff is set for 7:30 pm.

Meanwhile, the Leafs are set to host the Ottawa Senators on Saturday evening, in their first game back since December 14.

Previously, indoor event venues in Ontario such as Scotiabank Arena had been limited to 50% capacity, regardless of their size. The Raptors played two games under the new measure that was implemented on December 15, which also included a more sternly-enforced mask policy. Additionally, food and drink sales have been restricted from the arena.

Update: MLSE says that the capacity of 1,000 will be limited to “league and team requirements” for the next three weeks.

The announcement also affects other sports organizations such as the Senators, Toronto Six, Raptors 905, and Ontario-based junior hockey teams such as those in the OHL.