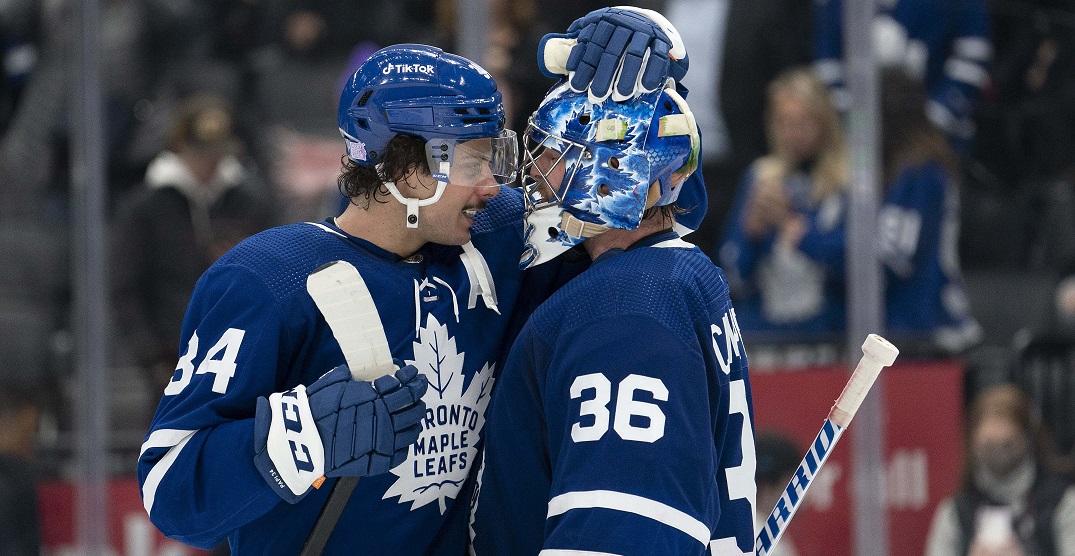 The Toronto Maple Leafs have found themselves winning, seemingly, at will these days, so it’s no surprise they’re setting a few records along the way.

“The boys are just having a blast out there,” Leafs’ goalie Jack Campbell said following Sunday’s 5-1 win over the Anaheim Ducks. “We’re just enjoying it, trying to keep getting better. Everybody’s doing what the game plan is, and also some more.”

Campbell himself has been a huge part of the team’s success, as he’s currently putting up a .946 save percentage and a 12-4-1 record through 17 starts.

Sure, the records the Leafs are setting might seem a little hand-picked from a small sample size. And yes, the Leafs have bigger fish to fry than setting records in the second month of the season, as regular season success will mean little if another playoff disappointment is on the horizon.

But it’s hard to deny how strong they’ve looked as of late, outscoring their opponents 45-20 on the month.

The Leafs are set to begin December facing the Colorado Avalanche Wednesday night at Scotiabank Arena, with puck drop set for 7:30 pm ET.

“It’s just important that we continue to focus one day at a time here,” Leafs’ coach Sheldon Keefe said. “It’s been a great November, the calendar’s going to turn here, we’re going to get back home after a long trip and have a really good team waiting for us.”