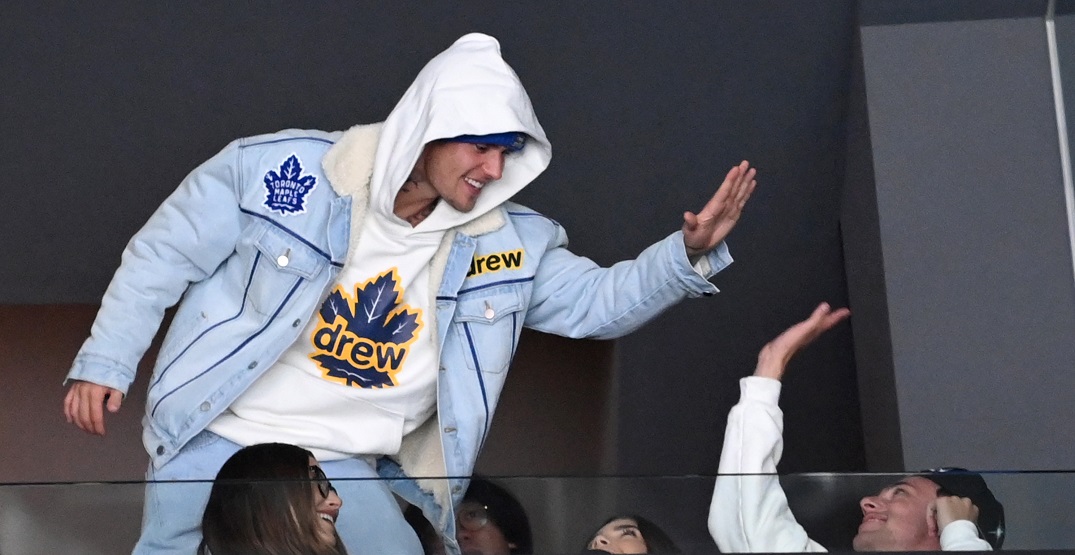 Justin Bieber has never been one to shy away from his love for the Toronto Maple Leafs.

He’s got an autographed Auston Matthews jersey in his house, skated with the team over the holidays a few years back, and has been a constant fixture at many of their home games over the years.

But when the Leafs made the trip to Los Angeles last night to play the LA Kings, the Canadian pop star was sure to nab some box seats at the Staples Center.

.@justinbieber is in the house. 👀🏡 pic.twitter.com/Pit07cwDnq

Outfitted in his drew brand’s collaboration with the Leafs, Bieber was having a blast watching the game with his pals.

Bieber just might’ve been the Leafs’ good luck charm this time. The Leafs’ offence exploded in a 6-2 win over the Kings, their highest goal total of the season.

He didn’t share any photos directly of himself at the game. Instead, he focused on the players themselves posted a photo of Auston Matthews, John Tavares, and TJ Brodie celebrating the team’s fourth goal of the night.

No word yet if Bieber will be accompanying Toronto on the rest of their California road trip. They take on the Sharks tomorrow evening in San Jose at 10:30 pm ET before taking on Anaheim Sunday at 8:30 pm ET.