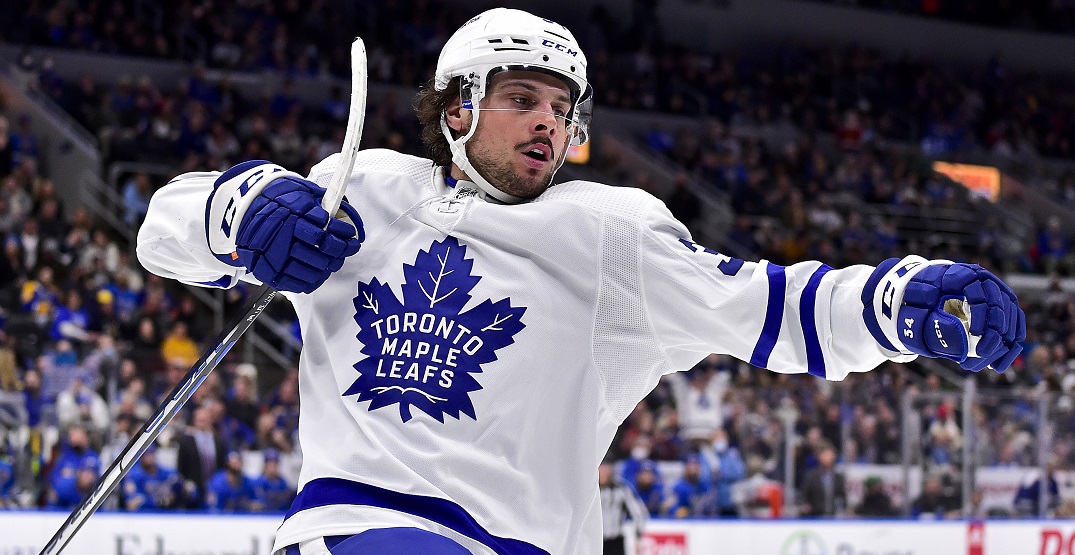 The Toronto Maple Leafs look comfortably on their way to a sixth consecutive postseason appearance.

The rest of Canada? Not so much.

As of today, the Leafs are currently the only Canadian NHL team sitting in a playoff spot, with Toronto sitting 12 points clear of ninth-place Detroit.

It might be easy to panic in Toronto after a week that saw the Leafs blow multi-goal leads in three of their past four games (though they still came out of it with five of a possible eight points).

But the Leafs’ problems are small potatoes when it comes to their former North Division counterparts.

Calgary, Edmonton, Montreal, Ottawa, Winnipeg, and Vancouver fans all see themselves at various stages of being on the outside looking in when it comes to the NHL playoff race.

In the Eastern Conference, Ottawa and Montreal sit 15th and 16th in the conference, respectively. Barring interference from the universe, both see their postseason chances as essentially zilch.

Ottawa’s lack of a postseason appearance isn’t overly surprising, with the team in the midst of an attempted rebuild.

But for Montreal, who finagled a Stanley Cup Final appearance after squeaking into last year’s postseason and pulling off three consecutive upsets, it’s hard to imagine an uglier follow-up season, with the team on pace for the second-worst record in their 104 NHL seasons.

In the Western Conference, things are shaping up a little differently. The conference’s four Canadian teams are all within seven points of a playoff spot, but none of them currently hold the upper hand when it comes to the postseason race. 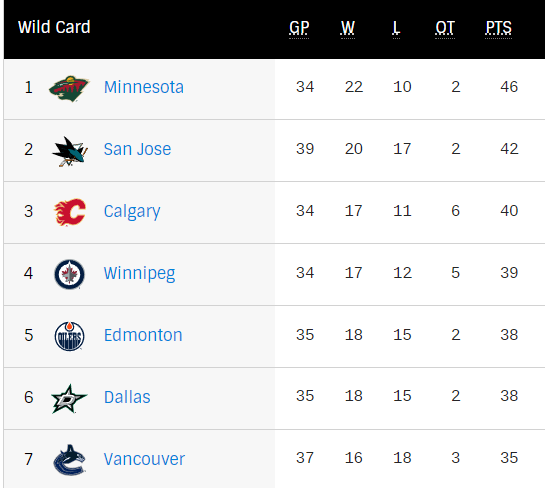 There are a few obvious caveats when it comes to Canadian NHL teams’ lack of success this season, with the biggest being the slate of cancellations over the last month in the country due to various COVID-19 restrictions and cases amongst the teams themselves.

If you do adjust for the discrepancy, Winnipeg and Calgary find themselves 7th and and 8th in the Western Conference in points percentage, respectively. Meanwhile Edmonton sits in 10th, while Vancouver sits 13th in the West.

With a strong second half, anywhere from one to all four of these teams could join the Leafs come playoff time.

But like Montreal and Ottawa, each Western Canadian team is in varying levels of disarray right now.

The first Canadian team to deal with a major COVID-19 outbreak this season, Calgary has been tripped up over the last ten games, putting up a record of just 2-7-1 while losing each of their last four games.

With 17 wins and 17 losses (12 regulation, five overtime) over their 34 games, Winnipeg is about as average an NHL team as they come. Winnipeg might not be in the worst spot, all things considered, but they’re not exactly all that inspiring, either.

Edmonton, meanwhile, has looked like two completely different NHL teams over the course of this season. The Oilers started the year 16-5-0 while outscoring opponents 82-61, before trending to a record of just 2-10-2 since December 2 while being outscored 35-56.  Average it out and you’ve got a perfectly even goal differential: 117 goals for, 117 goals against.

After a seven-game win streak following the hire of head coach Bruce Boudreau, Vancouver has hit a road block, losing their last three games. Even with an 8-3-1 record in the Boudreau era, the Canucks’ weak start to the season has made their postseason road more challenging.

Every other season since Winnipeg re-joined the NHL in 2011-12, at least two Canadian teams have made the playoffs.

There’s still over half the season left to go, but the rest of Canada will have some catching up to do if they’re looking to join the Leafs come postseason time.