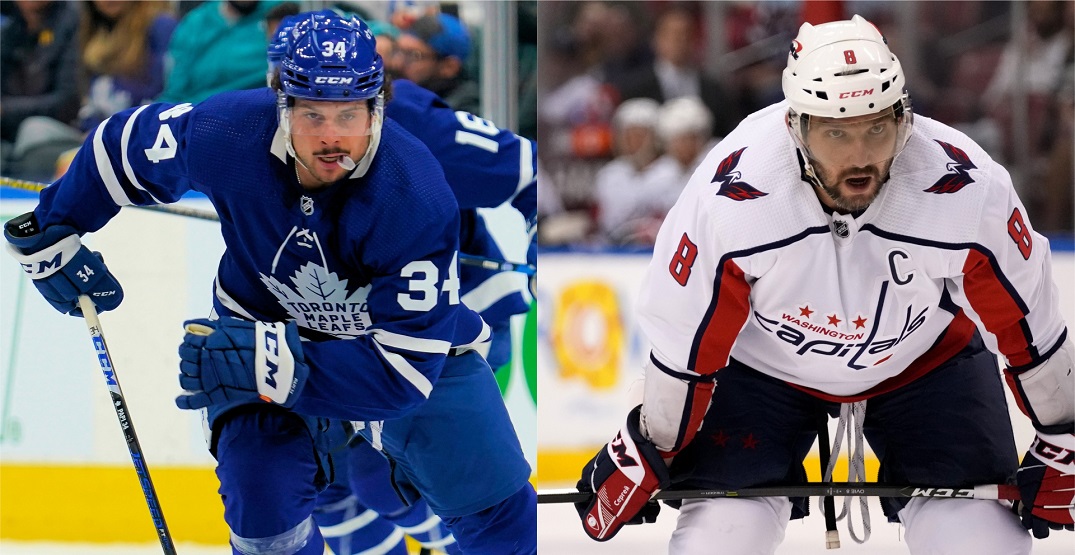 Alex Ovechkin is on a one-person mission right now to break arguably the NHL’s most coveted record.

Ovechkin is now 143 goals off of tying Gretzky’s all-time goal-scoring record at 894. Saying he seems determined to beat it would be an understatement: At age 36, he’s got 21 goals in 29 games and leads the league with 46 points.

When it comes to records, they don’t ask how. They ask how many.

Okay, maybe they do ask how a little bit — as there’s an age-old debate about who the game’s greatest ever scorer is. These arguments tend to reach a similar conclusion: Ovechkin and Gretzky played in entirely different eras of the NHL, with both dominating their respective timeframes.  Gretzky, of course, also had 1963 assists in his career, which many hockey fans would be quick to tell you is higher than anyone else’s career points total by itself.

When discussing all-time great scorers, many people often toss in a name like Mike Bossy, who scored 572 goals with the New York Islanders in just 752 games before his career was cut short due to injury.

But what about Toronto Maple Leafs forward Auston Matthews? Through 361 career games over six seasons, Matthews is well on his way to being one of the game’s all-time great scorers, with 219 goals so far in his career. This season, Ovechkin and Matthews sit second and third in league scoring, with 21 and 20 goals.

Since Matthews came into the league, only Ovechkin (at 226) has more goals over that time span. Sure, he’s played 26 more games over the last six seasons, but evading injury is half the battle when chasing an all-time mark.

And then there’s Gretzky, who put up 429 goals in 473 games to kick off his career’s first six years, an unfathomable 0.91 goals per game rate.

When breaking down the starts of their career into three-year stretches, again, it’s Gretzky on top both times, and it’s not close, either. From 1981-82 to the 1984-85 season, Gretzky led the league in goals each year, putting no fewer than 71 goals up each year.

Gretzky had a gargantuan start to his career, but Ovechkin’s got him beat on the back nine.

Gretzky topped 30 goals just three times past the age of 30. Ovechkin has already done that five times, including four seasons of 48 goals or more.

In subsequent three-year spans since his sixth year, Ovechkin has put up goals per game paces of 0.69, 0.56, and 0.64, virtually identically to the start of his career.

In short? Gretzky might’ve had several of the greatest goal-scoring seasons in history, but Ovechkin has him beat when it comes to consistency over putting the puck in the net.

Ovechkin has a career goal per game record of 0.61, identical to where Matthews is at. Gretzky finished with a 0.60 mark over his 20 seasons. If you want to win the most technical of arguments, you could argue Matthews has been a more productive scorer than Gretzky. 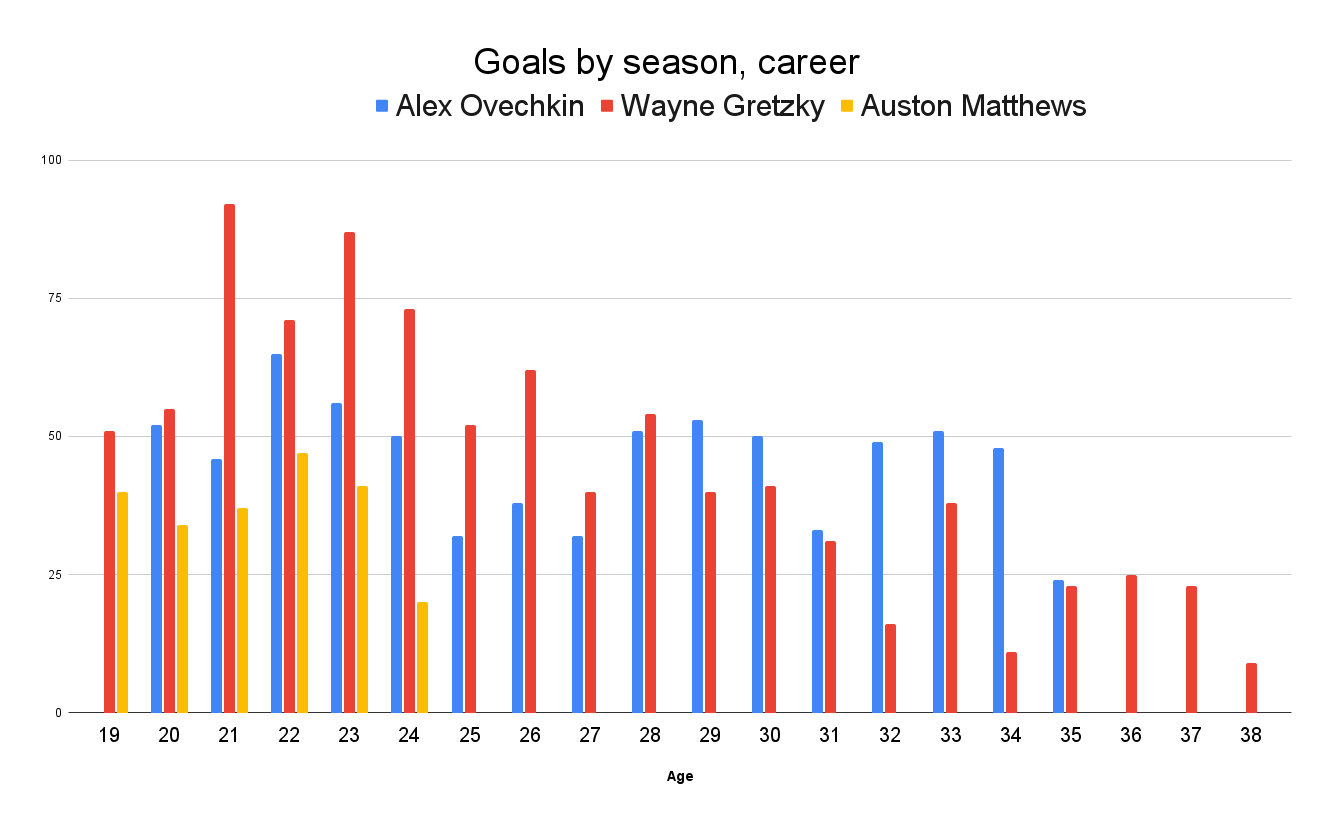 Four hundred and fifteen names currently stand above Matthews on the all-time leaderboard. It is, to say the least, a long road to climb. If he does score exactly 30 more goals by the end of this season, he’ll hop up nearly 100 spots, meeting Hall of Famer Peter Forsberg at 320th on the list. It is a bit of a moving target, with several active players also moving upwards on the list.

Matthews also has the fortune of joining the league a year younger than Ovechkin got a chance to due to the 2004-05 lockout, though both of them have dealt with stoppages over the last two seasons, and Ovechkin dealt with an additional shortened season in 2013.

Asking Matthews to become the greatest goal-scorer of all time is a tall, tall task. At age 24, projecting what Matthews does in his mid-30s seems a bit silly, all things considered. He’s still 675 goals away and is less than 25% of the way there.

But if everything, and yes, basically, everything goes right over the course of his career, and he can figure out how to beat Father Time like a small percentage of players can, it wouldn’t be crazy to see Matthews one day be chasing Gretzky’s — or maybe Ovechkin’s — record.