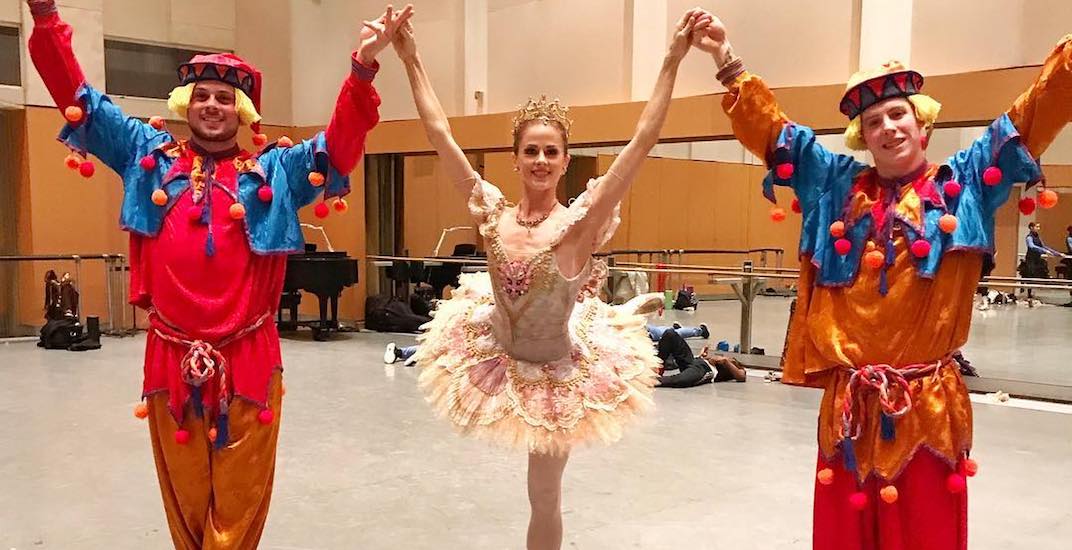 Auston Matthews and Mitch Marner traded their hockey-playing teammates for ballerinas on Wednesday.

Joining the National Ballet of Canada’s annual production of The Nutcracker, Matthews and Marner weren’t afraid to step out of their comfort zone.

The Toronto Maple Leafs teammates played the roles of Cannon Dolls, dressed as colourfully costumed Russian Petrouchka dolls who shoot a cannon into the audience to begin the battle scene in Act I.

Both players got fully into character, with Marner leaping into Matthews’ arms at one point.

The celebrity walk-on role is a long-held tradition with Nutcrackers all over the world. The Toronto show runs from December 8 to 30.

Check out the video here:

Matthews, Marner, and their Leafs teammates are back on the ice on Thursday for a game against the visiting Florida Panthers.

That drew this perfect tweet from Panthers goalie Roberto Luongo:

After such a big night should probably consider giving them the night off tomorrow no? https://t.co/d1xksgYVIp