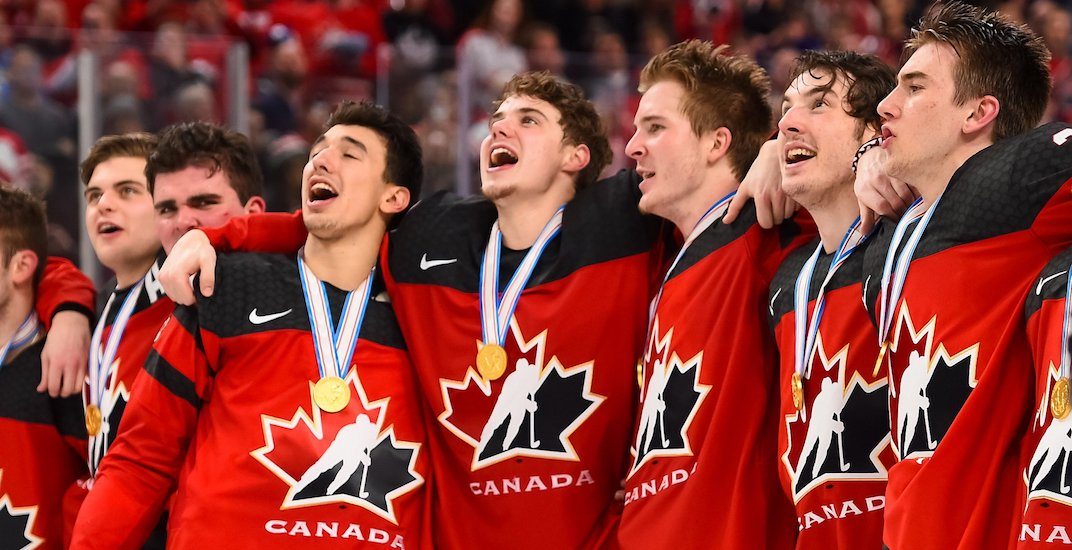 The one-week countdown to the start of the 2019 IIHF World Junior Championship in Vancouver and Victoria is on.

The annual international tournament is never short on drama or emotion, which is why this is always a highly anticipated time of year for hockey fans.

Here’s everything you need to know about this year’s tournament, which begins on Boxing Day.

Ten countries will be split up into two five-team groups for preliminary round robin play from December 26 to 31.

Group A will play games at Rogers Arena in Vancouver, while Group B prelim games will be hosted at the Save-On-Foods Memorial Centre in Victoria. 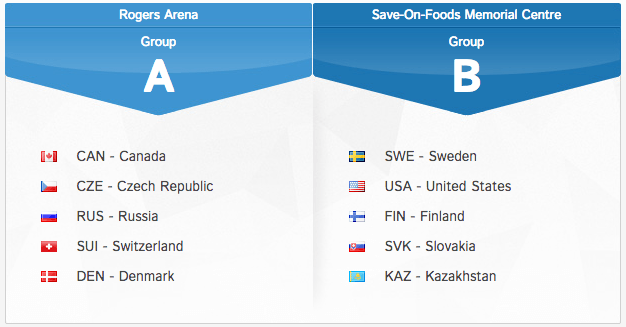 The marquee matchup of opening round is Canada vs Russia at Rogers Arena on New Year’s Eve.

Unlike the NHL, the IIHF uses a three-point system for preliminary round games, placing greater emphasis on winning games in 60-minute regulation time:

If a game is tied after 60 minutes during round robin play, teams will play a five-minute three-on-three sudden death overtime period, followed by a five-player shootout if necessary. If the teams are still tied after the first five shooters, any subsequent shot can be taken by anyone on the team (including repeat shooters).

The top four countries in each group will advance to the quarter-finals, played in Vancouver and Victoria on January 2. Qualifying teams will cross-over to play teams from the opposing group, (ie. the first-place team in Group A plays the fourth-place team from Group B).

Both semi-final games will be played in Vancouver on January 4, while the gold medal game is scheduled for January 5.

The last-place teams in each group will play a best-of-three relegation series, with the loser being bumped from next year’s tournament.

The World Juniors is an under-20 tournament featuring the best teenaged hockey stars in the world, aside from junior-aged players already in the NHL.

Many of the game’s greatest players have featured in this tournament before going on to become NHL superstars, including Wayne Gretzky, Mario Lemieux, Sidney Crosby, and Connor McDavid.

A player to watch at this year’s tournament is Jack Hughes, the American centre expected to be picked first overall at the 2019 NHL Draft. His brother Quinn is one of up to four Canucks players in the tournament, including goaltender Michael DiPietro (Canada), defenceman Toni Utunen (Finland), and forward Tyler Madden (USA).

The odds-on favourite to be drafted first overall in 2020, 17-year-old forward Alexis Lafreniere, has made Team Canada. Lafreniere will become the ninth-youngest player to ever play for Canada.

You can meet former Vancouver Canucks centre (and 2003 World Junior silver medallist) Kyle Wellwood and get your picture taken with the championship trophy on Friday. The photo op is presented by Molson Canadian and taking place at four BC Liquor Stores:

The official World Juniors After Party is taking place on December 30 at the Commodore Ballroom, featuring JUNO Award-winning band The Glorious Sons.

Of note, Quinn Hughes and Team USA visit Langley on December 22, while Canada plays their lone tune up game in Vancouver on December 23 against Finland.

Tickets for the most in-demand games like Canada-Russia on New Year’s Eve and the gold medal game are sold out. Many other good seats are still available for games through Hockey Canada’s website (prices vary).

Canada is the most successful country in the history of the World Juniors, but winning gold is not a certainty.

Vancouver has hosted once before, in 2006. Canada won gold that year with a team featuring the likes of Jonathan Toews, Kris Letang, Marc Staal, and Luc Bourdon.