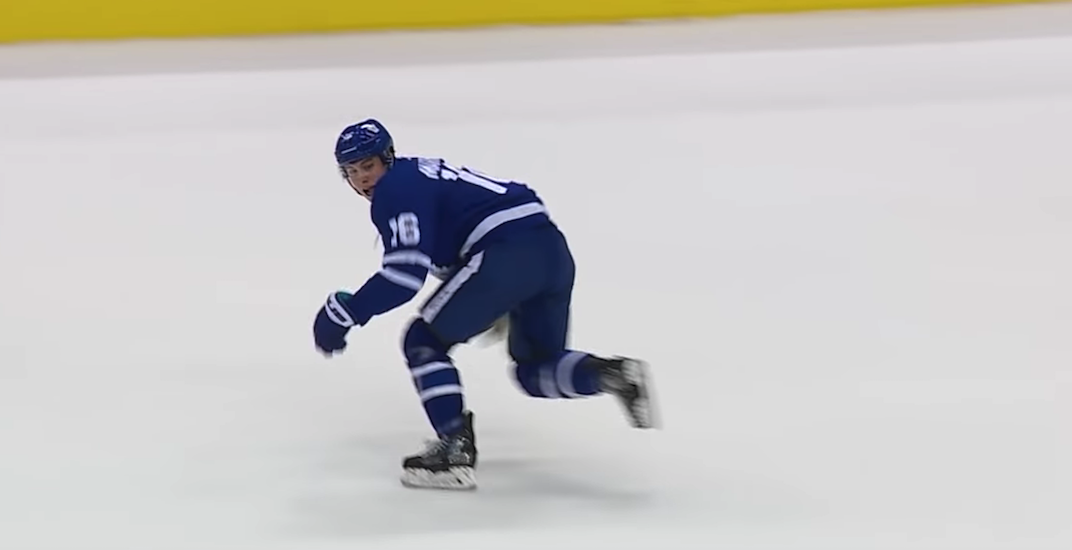 But unofficially, it was also assisted by assistant equipment manager Bobby Hastings.

After blocking a shot with the shaft of his stick late in the first period on Wednesday, Marner could feel something wasn’t right. Although it looked intact, his stick was broken and he needed a new one.

Instead of floating to the bench, Marner picked up speed, seeing that an odd-man rush was developing.

On the bench, the Leafs’ assistant equipment manager raced to find Marner’s spare stick. He found it quick and handed it off to the 21-year-old forward like he was handing off the baton to Usain Bolt in the 4 x 100 metre relay.

Marner grabbed the puck, faked a shot, and found Tavares for a tap in. The goal gave Toronto a 3-1 lead, helping them to an eventual 5-3 win. Instead of celebrating with Tavares initially, Marner pointed to the bench, thanking Hastings.

After the game, Leafs players were happy to credit their unsung hero with the “third assist.”

Mitch, of course, joined in: "He's over there. We should get him in here talking about the play. It starts with him"

Marner on quick-thinking Bobby Hastings with the stick play from bench, leading to #Leafs' third goal: "It was a hell of a play by him … Reason why that goes in. I have to ask him what’s his favourite drink and it will be coming to him soon, I’m sure."

"Third assist, should count it & put it on the scoresheet. That was unbelievable; the second the puck hit Mitch's stick, he had one right over my head waiting for him."#LeafsForever