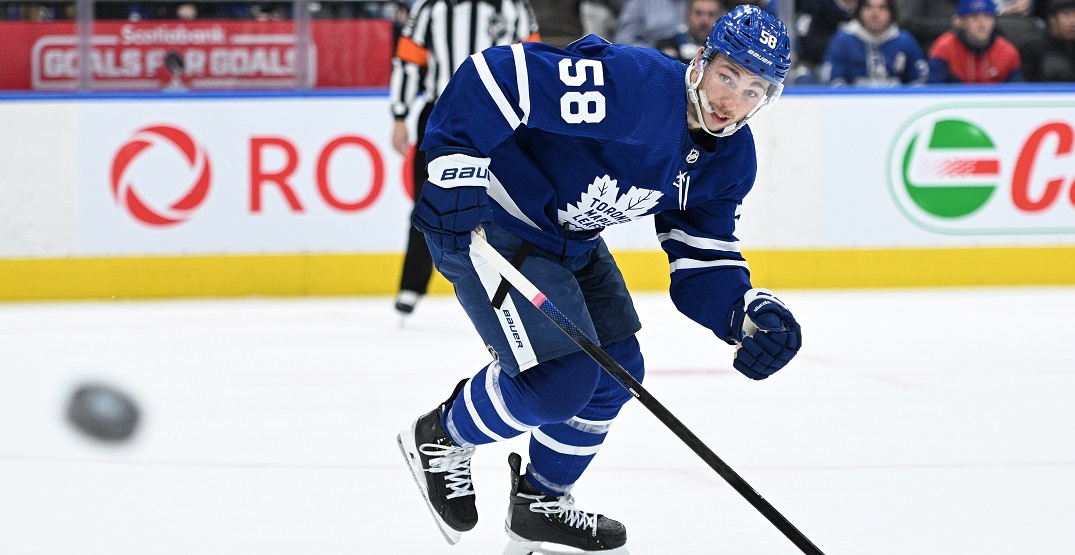 The Toronto Maple Leafs are going with a bit of a shakeup for their Game 2 playoff lines.

Michael Bunting will be back for the Leafs in the second game of their playoff series against the Tampa Bay Lightning.

After sitting out Monday’s game with an injury sustained on April 23, Bunting has skated with the Leafs for the last two days and will be good to go tonight.

William Nylander also revealed that he dealt with food poisoning caused by a rogue sushi meal, but felt much better yesterday and today.

Here are the Leafs’ projected lines for Game 2, via The Athletic‘s Jonas Siegel:

“I think [Michael Bunting] will have a positive impact,” Leafs head coach Sheldon Keefe told reporters. “He’s had a positive impact on our team all season. He’s an important part of our top line and just makes us a deeper group. We can slot [Alex] Kerfoot in a different spot and all that makes us a better team.”

But Keefe isn’t expecting an easy game for the Leafs tonight after a 5-0 Game 1 win.

“We obviously did a lot of good things in the hockey game, but at the same time, that’s not the Tampa team that we prepared for,” Keefe said. “We’re expecting to see that team here tonight.”

Puck drop is set for 7:30 pm ET tonight at Toronto’s Scotiabank Arena, as the Leafs look to take a 2-0 series lead.