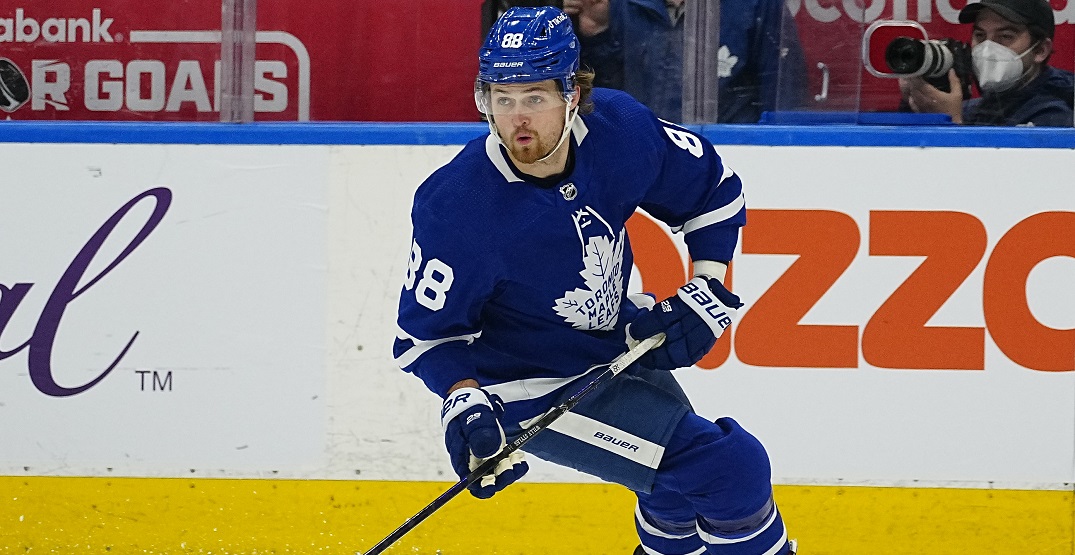 Not much can stop Toronto Maple Leafs forward William Nylander from wanting to play hockey these days — not even a little food poisoning induced by bad sushi.

Nylander revealed to reporters that he developed food poisoning on Monday after lunch, and was vomiting prior to Game 1 of the Leafs’ playoff series against the Tampa Bay Lightning.

“I was puking that day,” Nylander said. “I haven’t gone to that restaurant a long time and it might have been where I got it.”

Nylander sat out Tuesday’s practice while still recovering, though he did do some skating work by himself and returned to full practice on Wednesday. Michael Bunting also returned to Leafs’ practice after missing Game 1, and is set to rejoin the lineup tonight.

The ill Nylander didn’t find himself on the scoresheet on Monday, but played 15:36 of ice time while taking four shots on net. His usage was a little less than his season average of 18:16.

“I mean, it’s Game 1. You’ve got to be ready. You can’t let the food poisoning get to you,” Nylander said.

Luckily for Nylander, his Leafs teammates were there to pick up the slack, cruising to a 5-0 victory.

If the Leafs are planning on a long playoff run, they’ll need Nylander as healthy as he can be moving forward. In 81 games this year, the 26-year-old Swede had 34 goals and 46 assists to total 80 points, all of which were career highs.

Game 2 goes tonight against the Lightning, with puck drop set for 7:30 pm ET.