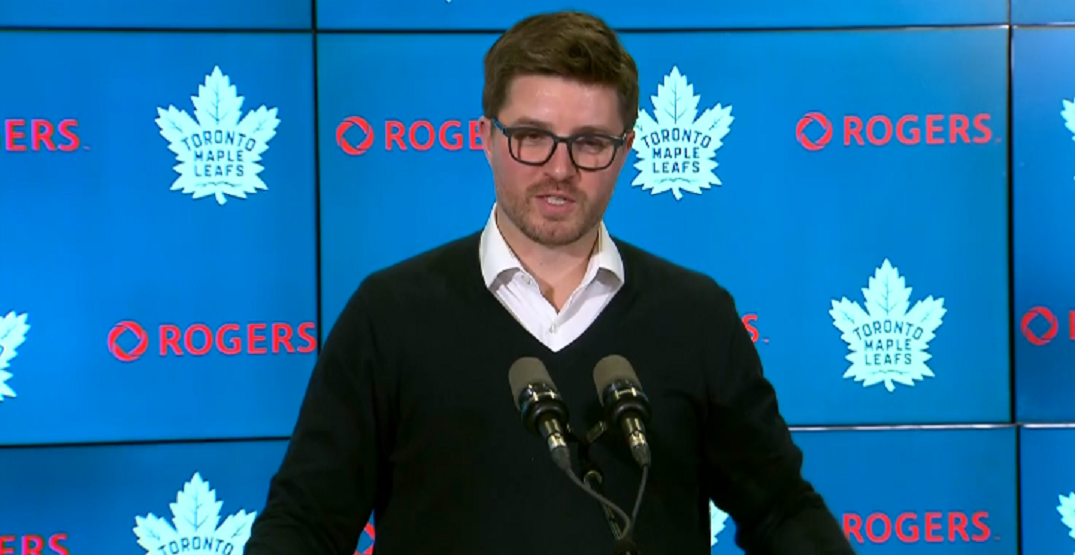 Dubas dealt Alex Biega to Nashville and lost Harri Sateri on waivers, a day after the Leafs made a major deal with Seattle for defenceman Mark Giordano and forward Colin Blackwell.

But it was the one deal that Dubas didn’t make — a trade for goalie Marc-Andre Fleury that had everyone talking.

Toronto had rumoured interest in the 2021 Vezina Trophy winner from Chicago, with a possibility of Toronto sending prospect Matthew Knies the other way in a deal that would also see forward Brandon Hagel come to Toronto.

Toronto has a notoriously tight circle when it comes to trade leaks, but more details than Dubas was used to found their way into the limelight. When asked about the rumour, Dubas expressed that it was a first in his four years as Leafs GM.

“I’m disappointed that that conversation is public,” Dubas told Dreger reporters at a press conference following the trade deadline. “I’m not criticizing [you], I’ve just never had that before where these specifics like that have been made public.”

Here's the video of Dubas responding to this report from Dreger. https://t.co/EuZYIieITb pic.twitter.com/zaepkaOwVj

Fleury was eventually sent to the Minnesota Wild in exchange for a conditional draft pick, while Hagel ended up in Tampa Bay. But despite the trade to Toronto not coming to fruition, Dubas was still visibly frustrated with the information leak.

Davidson said he’d address the matter in private, per The Athletic’s Mark Lazerus.

Kyle Davidson on Kyle Dubas calling him out regarding the leak of the Fleury-Toronto discussions: "I'm aware of his comments and that's something I'll address in private with Kyle."

Toronto currently carries a record of 39-18-5, and returns to action on Wednesday night when they host the New Jersey Devils. Both Giordano and Blackwell are expected to be in the lineup for the Leafs.