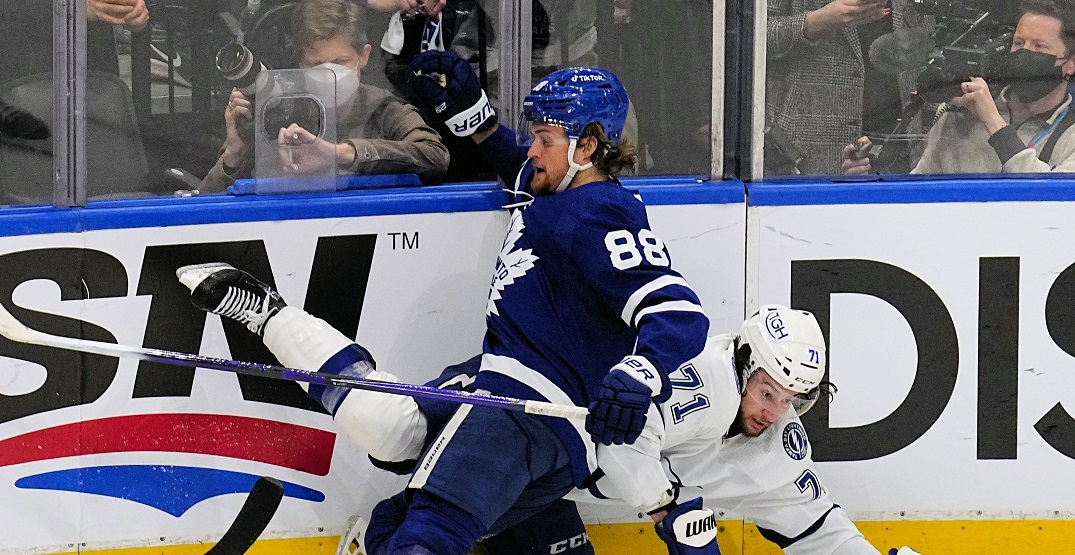 The lines may be different for the Toronto Maple Leafs, but they’re hoping the results can stay the same in their first-round playoff series.

It’s hard not to feel good about the Leafs after a 5-0 drubbing of the Tampa Bay Lightning in Game 1 on Monday night in front of a packed Scotiabank Arena.

Per David Alter, here are the Leafs’ lines for tomorrow:

William Nylander missed practice for the Leafs, but will probably slot in for Kyle Clifford who’s facing a likely suspension for a boarding penalty that earned him a game misconduct. Nylander skated earlier in the day and will be ready for Game 2, per Keefe, as is Engvall.

On defence, things remained the same for Toronto.

In net, the Leafs are expected to star Jack Campbell, with Erik Kallgren backing him up. Petr Mrazek also skated in practice, but is not expected to be on the Leafs’ bench.