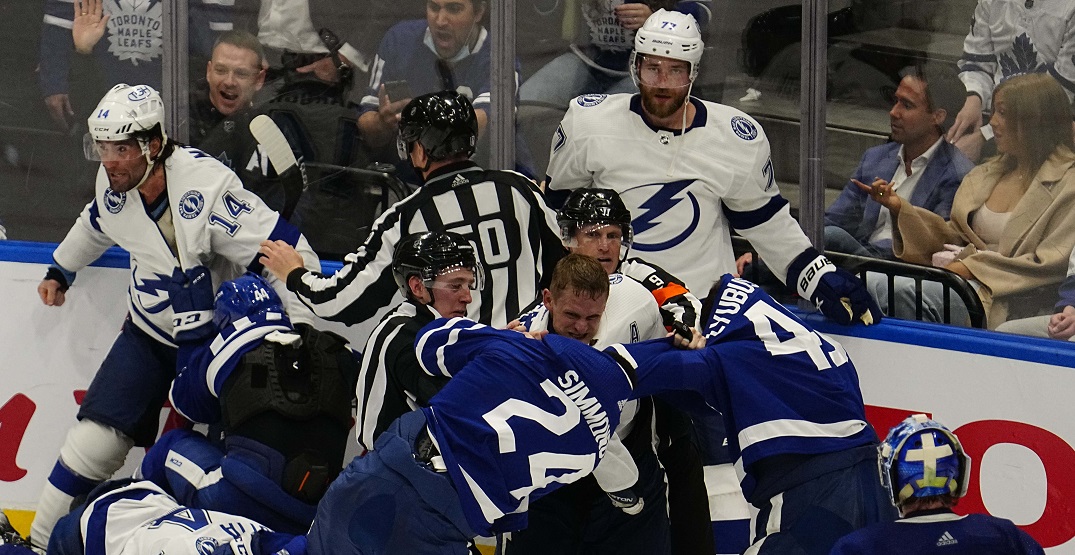 During Monday night’s 5-0 victory over the Tampa Bay Lightning, the fisticuffs were out in full force.

In the first period of the game, Kyle Clifford picked up a boarding major penalty and game misconduct for a hit that can only really be described as ill-advised.

Clifford lays a few hits, the second being a penalty #LeafsForever pic.twitter.com/wlFYyoIdPG

Toronto ended up killing off the penalty (and five total on the night) as they cruised to one of their most impressive victories in years.

But during the third period, following a hit from the Leafs’ Wayne Simmonds on Jan Rutta, both teams came together for a line brawl that resembled something straight out of the 1980s.

Today, the NHL announced punishment for Clifford’s hit and the Leafs/Lightning brawl.

Per the NHL Department of Player Safety, here’s how the punishments shake out:

As you might see below, the video gives you a warning before watching it.