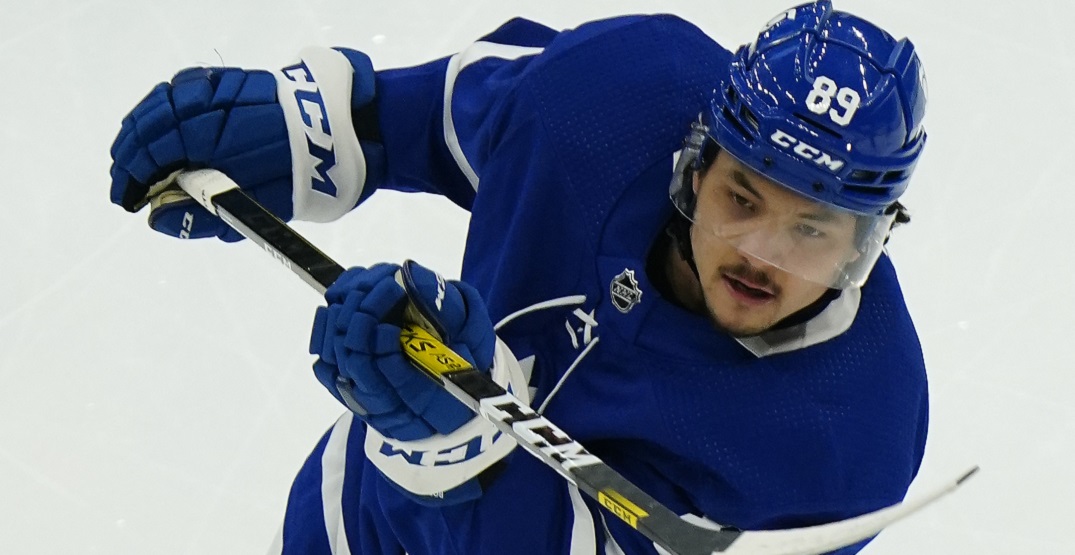 The Toronto Maple Leafs need a new partner on their top line for Auston Matthews and Mitch Marner.

Despite their playoff struggles, it’s hard to imagine head coach Sheldon Keefe splitting up his dynamic duo of Matthews and Marner, who combined for 133 points last season.

After the departures of both Joe Thornton and Zach Hyman in the offseason, it’s open season in training camp to compete for the coveted first-line left wing role.

Here are three candidates who could find themselves in the 1LW spot for the Maple Leafs this year:

An acquisition out of Boston, the Leafs could see Nick Ritchie start the season next to Matthews and Marner. Ritchie’s 15 goals last season ranked fourth on the Bruins.

Signed on a two-year deal worth $2.5 million per season, Ritchie is a relatively cost-effective option that could look like a great signing if he’s able to produce effectively.

At today’s training camp, Ritchie skated alongside Marner and Adam Brooks, as Matthews sat out the on-ice session as he recovered from a wrist surgery. At least for now, Ritchie might be the most likely candidate once the season begins on October 13.

There’s something about guys named Nick R. in Toronto. Toronto’s first selection (in the second round) of the 2019 draft, Nick Robertson has been on Leafs fans’ radars for a while now. He actually scored a playoff goal in the 2020 bubble against Columbus that you might remember.

He’s played just 10 NHL games in the regular season to date, but this year’s preseason could be a great time for him to prove his worth and end up with a roster spot. If he’s with the Leafs, there’s no reason why he shouldn’t at least get a look to see if he can fly on the top line.

Another acquisition from Boston, Kase is the sleeper pick for Toronto’s new first line stud.

He peaked with 20 goals in 66 games in 2017-18, but injury woes have limited him to just 88 regular season games since. Known for being a positive possession player every season of his career, Kase is the ultimate “reclamation project” type player.

Making just $1.25 million with Toronto, Kase is a restricted free agent after this season, potentially setting him up for a bigger payday if he’s able to find his game once again.