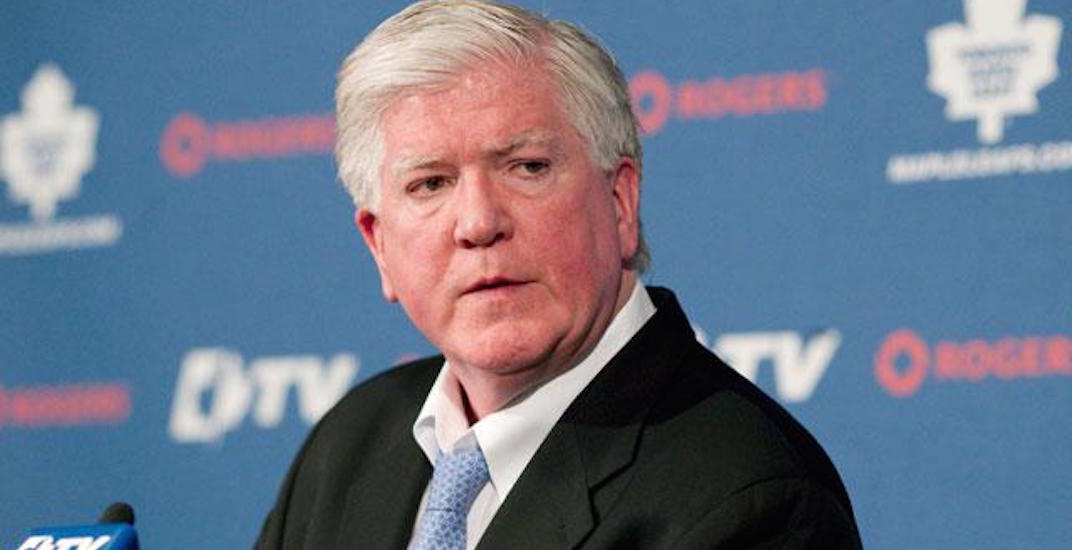 A Stanley Cup winning executive with the Anaheim Ducks, Brian Burke inherited a mess when he joined the Toronto Maple Leafs as general manager in 2008.

The Leafs had missed the playoffs and the cupboards were bare.

Mats Sundin was in the twilight of his career, Alexei Ponikarovsky, Nikolai Antropov, and Vesa Toskala didn’t live up to the hype, and the team relied too much on the likes of Matt Stajan, Niklas Hagman, and Jamal Mayers.

Jeff Finger was on the team.

After four more years of missing the playoffs, the organization still didn’t have a clear direction, so Burke was fired.

No longer with an NHL team, Burke says he’s done working in management and has joined Sportsnet for the remainder of the Stanley Cup playoffs.

On Monday he joined Bob McCown on FAN 590 radio in Toronto to discuss a number of things, including his most infamous trade.

His reasoning was a bit peculiar.

On September 18, 2009 – less than a year after he was hired – Burke pulled the trigger on a trade that sent Phil Kessel to Toronto. In return, the Leafs gave two first-round picks and a second-rounder to Boston.

The first-rounders fetched the Bruins Tyler Seguin and Dougie Hamilton, and the rest is history.

While Kessel was a good young player, scoring 30+ goals four times with the Leafs, he clearly wasn’t the missing piece to the puzzle. The Maple Leafs were rebuilding. They needed more draft picks, not fewer.

It was a strange move for a guy that admitted on Monday that he knew the challenge wasn’t going to be a quick fix.

“In my interview, I told the Leafs it would take five years,” said Burke.

“The Kessel acquisition was in large part because I thought we had some ticket price fatigue. Well, ok, if we’re not going to win, let’s at least have a star player for what we charge for tickets. And Phil did a good job here and worked out fine. People don’t like him, but that’s fine.”

First off, it’s not hard to fill the building at the Air Canada Centre. And you know what allows you to charge more for tickets? Long-term winning.

While bringing in a player like Kessel, who was fun to watch and could score goals, would be exciting for fans while the team loses – it put them further away from the ultimate goal of winning the Stanley Cup.

If you wanted to have a little razzle dazzle while the team stinks – go out and overpay for an ageing free agent on a 3-4 year contract. Don’t give up hugely important pieces of your future.

“We overrated our defence,” said Burke, admitting more fault. “I underestimated the impact of the no-trade/no-move clauses that we had on the team and the difficulty of getting rid of that group that accepted losing.”

To Burke’s credit, he did turn the Leafs into a playoff team – though they made the postseason shortly after he was let go in the lockout-shortened season of 2013.

Though Burke says he has no bitterness about getting let go, he also couldn’t understand why ownership wouldn’t at least give him the 48-game season because he knew they’d make the playoffs.

The problem? Deals like the Kessel trade put the team closer to the playoffs but further from the cup.