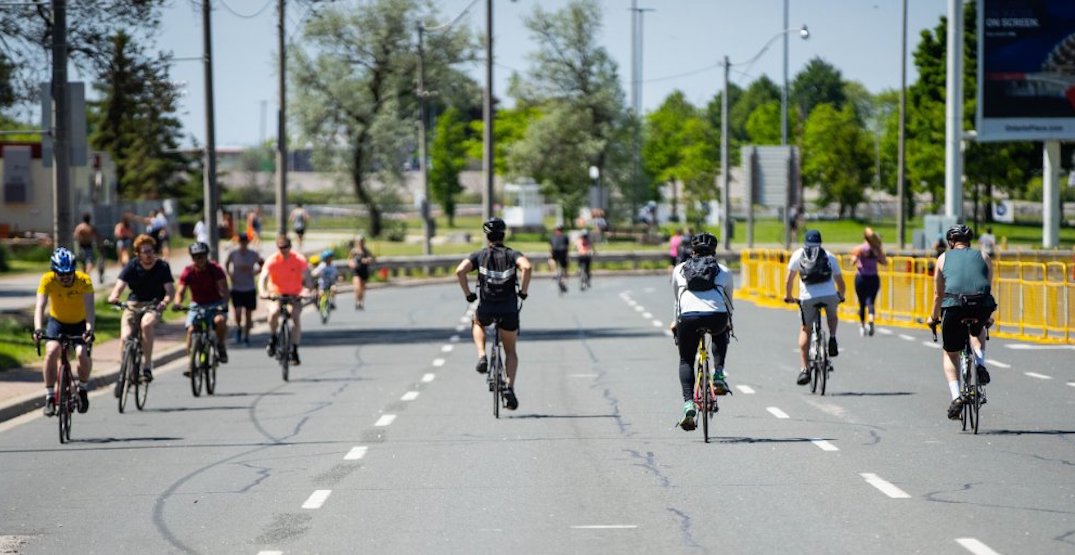 After a proposed axing of weekend closures on Lake Shore West Boulevard for bikers, runners, and walkers, Toronto City Council has given its approval to close the road on select weekends this year as part of the City’s ActiveTO plan.

“ActiveTO has been a successful and popular program that will continue to help us through the pandemic as well as contribute to the future livability of our city,” Mayor John Tory said. “Weekend road closures benefitted thousands of people and families last summer and I look forward to their return this year.”

City staff had originally recommended scrapping the weekend Lake Shore West closures this year because of major construction and closures that will be taking place at the intersection of Roncesvalles, King, Queen, and the Queensway.

With the Lake Shore West closures already having caused some traffic issues last year, it was feared that the new closures would create high traffic levels.

The newly approved plan for select weekends will allow closures “while safely accommodating the important and coordinated construction work taking place,” according to the City.

Weekend closures are scheduled for Lake Shore Boulevard East between Leslie Street and Woodbine Avenue, Bayview Avenue between Rosedale Valley Road and Front Street East, which will be expanded south to Mill Street. Closures on River Street between Gerrard Street East and Bayview Avenue will also be coming back on weekends.

The City will also be looking into potential weekend closures along Black Creek Drive, Allen Road and roads within Exhibition Place.

The closures will return this spring but specific dates have not been set.

As part of the new ActiveTO plan, a street pilot project along a 3 km stretch of Yonge Street, similar to one seen on Danforth Avenue last year, will bring CaféTO on-street patios, new bike lanes, streetscape improvements. Safety improvements to the Yonge Street corridor between Bloor and Davisville will also begin.

“I am confident we can replicate the success of Destination Danforth along midtown Yonge Street this summer while also connecting our growing cycling network and supporting businesses through CaféTO,” Tory said.

With the weather starting to warm up, Torontonians will now have endless reasons to get outside and safely enjoy the city.