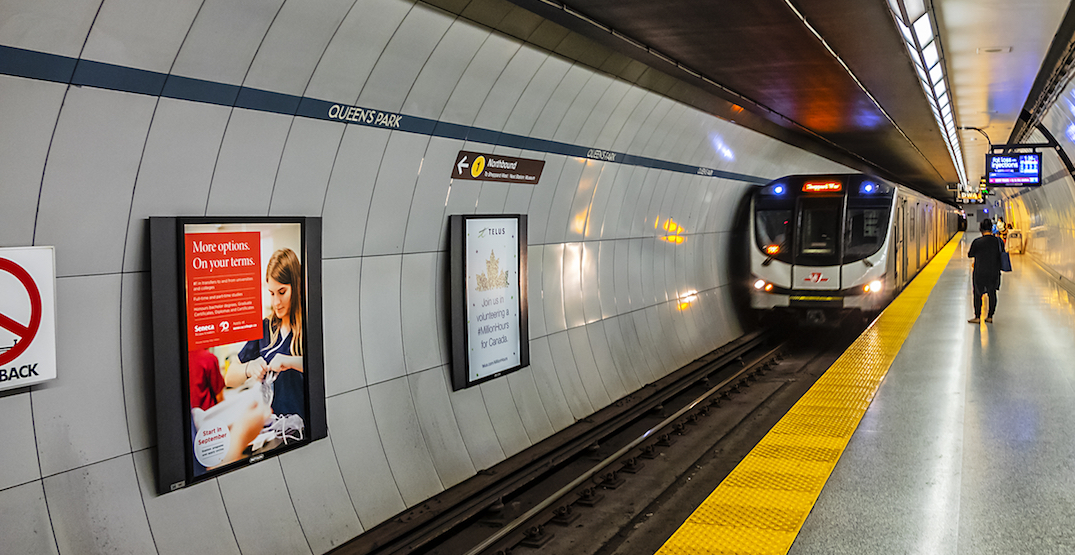 TTC riders hoping to take Line 1 between St George and St Andrew will be relegated to shuttle buses for 10 days starting early next week as four subway stations are set to close for repair work.

From April 12 to April 21, Museum, St Patrick, Queen’s Park and Osgoode stations will be fully closed for service. All entrances and exits at these subway stations will also close, according to the TTC.

Shuttle buses will replace subways during this time, and buses will run every 60 seconds or less during peak morning rush hour. Regular subway service is expected to resume at 6 am on Thursday, April 22. 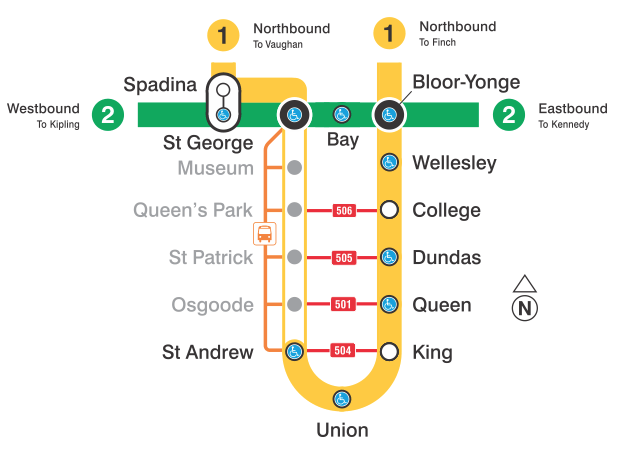 During the closure, the TTC will be carrying out repair work on the four stations, including asbestos removal, electrical cable repairs, and structural rehabilitation work.

“The TTC is continuing to capitalize on reduced ridership during the COVID-19 pandemic and the April school break to carry out vital state-of-good-repair work with minimal inconvenience to customers,” TTC said.

According to the TTC, the ability to do this work now, while ridership is low, will eliminate years of early access, weekend, and platform closures.

During the upcoming closure, the TTC encourages customers to use the Yonge side of Line 1 and then connect to the affected station by east-west surface-level transit options.