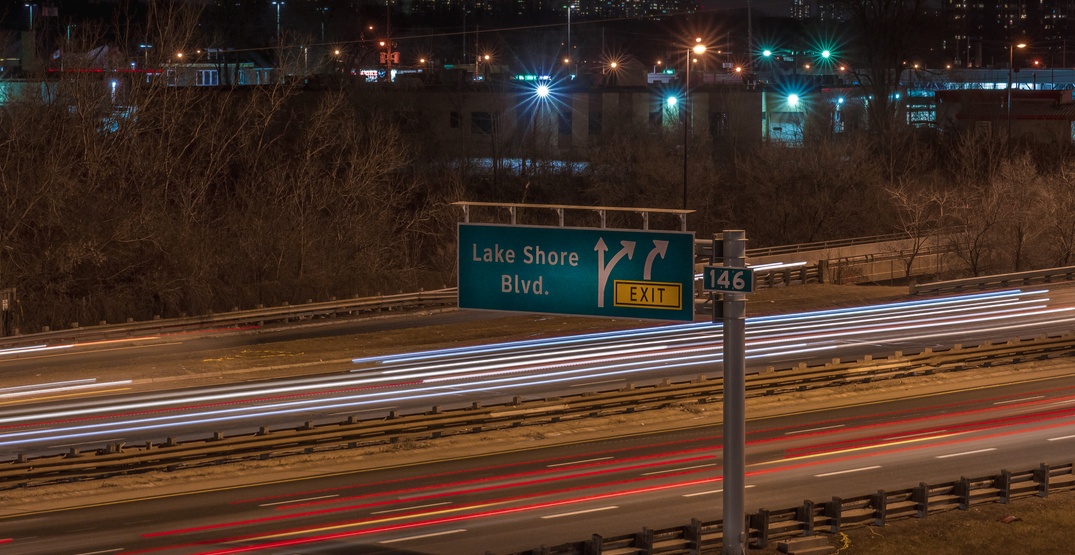 According to the City of Toronto, from February 19 to March 7, the westbound lanes of Lake Shore Boulevard East between Cherry and Jarvis Streets will have intermittent overnight rolling lane closures, to allow crews to install access platforms for forthcoming work on the underside of the Gardiner Expressway.

At least one westbound lane will always remain open to reduce the impact on traffic.

The intermittent 15-minute rolling lane closures will occur hourly, overnight from 10 pm to 5 am, except for Friday and Saturday nights.

While the lane closures are in effect, signs will be posted to support the safe travel of all road users, including pedestrians and cyclists.

After March 7, further lane closures will be required on Lake Shore Boulevard East between Cherry and Jarvis Streets. The city says this is so crews can continue to install access platforms on the underside of the Gardiner Expressway and conduct other repairs.

A series of lane closures are anticipated to continue until December and may take place during the day and/or overnight. The details are not available for that yet, but the timing and impact of this work will be communicated in advance.

“The section of the Gardiner Expressway between Jarvis and Cherry Streets is nearing the end of its service life and is the number one priority in the City of Toronto’s Gardiner Expressway Strategic Rehabilitation Plan, which addresses the immediate and long-term rehabilitation needs of the expressway to ensure it remains in a safe and operable condition,” said the city, in a release.

The first phase of major rehabilitation work on the eastern Gardiner Expressway will begin this summer and the project is expected to be completed by early 2021.

Full details on the Lake Shore work is available on the city’s website.