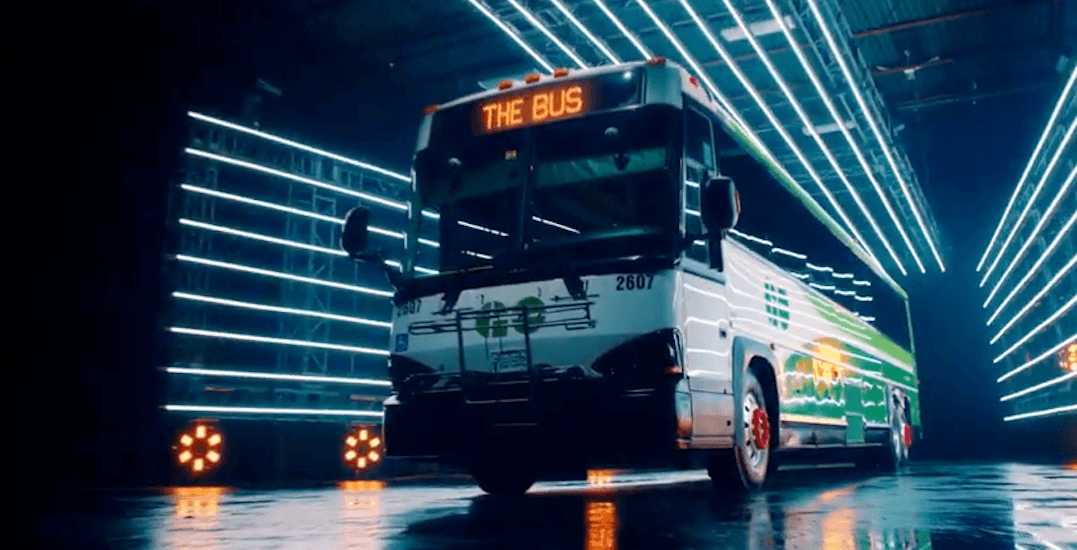 And they don’t stop at the fact that a GO Bus is going to be appearing at the Toronto Autoshow this year.

The hilarity’s been taken to the next level with the release of a video promoting the appearance.

Footage shows dramatic rainclouds and bolts of lightning before moving into scenes of the shiny green bus.

Shot under lights bright enough to make even the most attention-loving Gen-Z’s shield their eyes, there’s no wonder this transit vehicle looks like one we definitely wouldn’t mind hopping onto.

The video’s text explains that the bus is, essentially, a self-driving car. And there’s a seat saved for you. So while you enjoy the hands-free ride, you can surf the web for cat memes.

Sitting alongside some of the world’s most luxurious vehicles, this hot ticket will be on display for the full duration of the Autoshow. Attendees will even have the chance to get behind the wheel, and look under the hood of the show’s largest vehicle.

According to Metrolinx, GO’s double-decker bus was “just way too big to get in the building.”

These buses serve 68,500 average daily riders, and today, GO is serving their YouTube subscribers, too. All 1,400 of them.

The Canadian International AutoShow takes place at the Metro Toronto Convention Centre in Toronto from February 15 to 24.

Don’t miss the opportunity to get up close and personal.