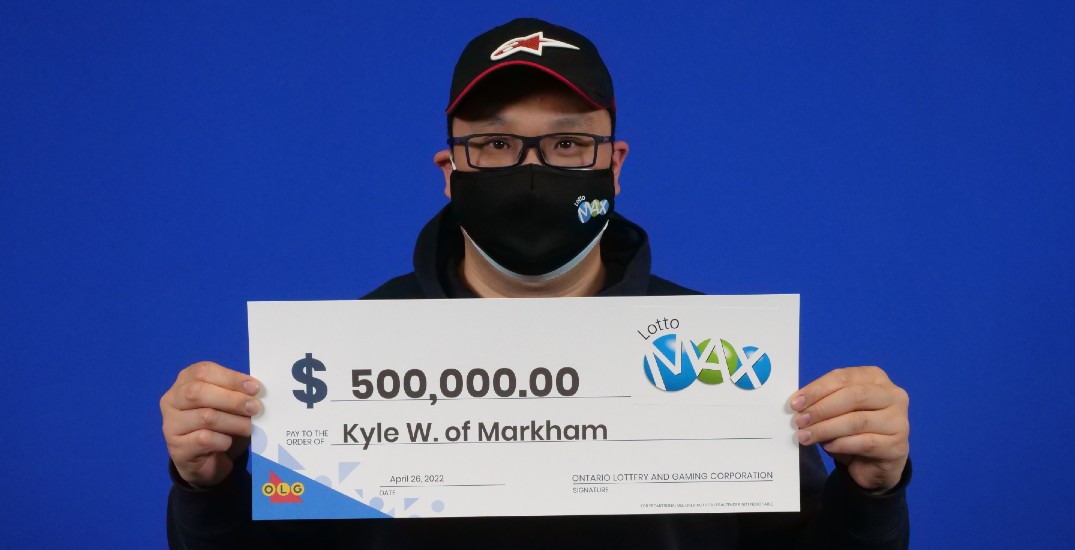 Can you imagine winning the lottery on April 1 and trying to tell your family?

That’s exactly what happened to Kyle Wong. The Markham resident won a Maxmillions prize worth a whopping $500,000 during the April 1 Lotto Max draw.

He said that he had been having lunch with his family when he noticed an email from OLG.

“When I logged into my OLG account, I thought I won $5,000,” he recalled, while at the OLG Prize Centre in Toronto to pick up his winnings. “A few hours later I went back to check again and realized it was $500,000. I was shocked – I couldn’t believe what I was seeing.”

It turns out it wasn’t just Wong who was having a hard time believing that he’d just won half a million dollars.

Just to confirm that what he initially thought was $5,000 was actually $500,000, he asked his wife to read the email. Unfortunately, she thought he was playing an April Fools’ prank on her.

However, it looks like Wong managed to convince his wife that it wasn’t some elaborate joke after all because the family will be celebrating his win by going on vacation.

“This feels surreal,” he said. “I’ve always dreamed of winning, but the reality of winning is much more surprising than dreaming about it!”

Wong is a regular lottery player who has a lottery subscription on OLG.ca. He said before playing online, he played “on and off over the years.”

The winning ticket was purchased on OLG.ca.