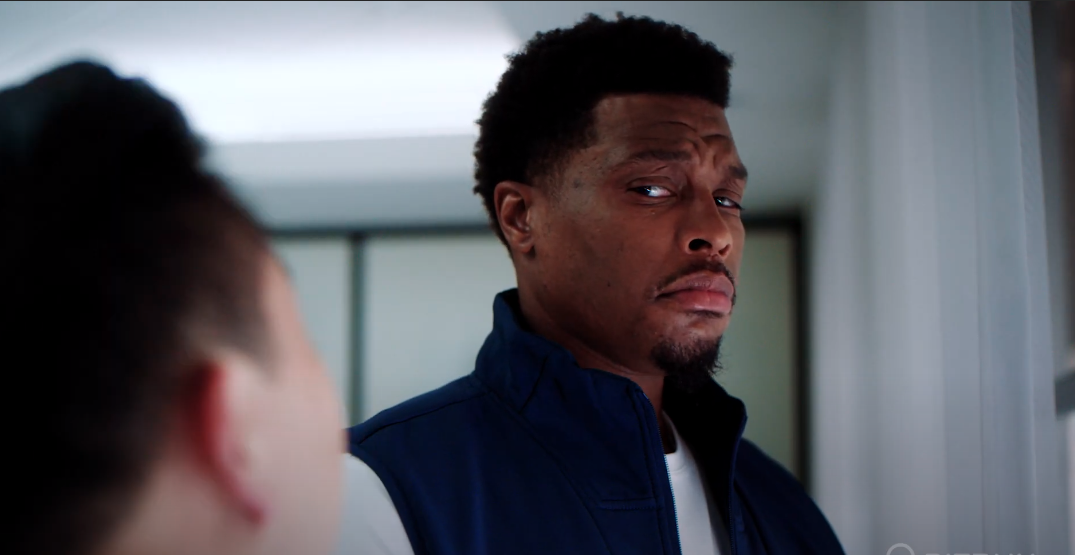 Miami Heat point guard Kyle Lowry is getting in his (friendly) jabs at his Canadian fans in his latest commercial.

In his latest ad for cryptocurrency exchange Bitbuy, Lowry seems to be poking fun at the 2021 sign-and-trade that sent him to the Heat after nine seasons with the Toronto Raptors.

Presented with some stats about Bitbuy having over 400,000 Canadian users, Lowry brushed it off to point out a growing angry mob outside of his window.

“We have a problem,” Lowry says in the commercial, before gesturing to fans yelling  back at him outside.

“They’re saying trader, not traitor!” the commercial’s other actor says back to Lowry. “You’re trending as one of Canada’s top crypto traders, thanks to Bitbuy.”

“Another great trade by me,” Lowry replies, with a smirk on his face.

Of course, the actual relationship with Lowry and his Canadian fans is a pretty strong bond. He got a massive ovation in his first game back with the Heat in April, and wrote that “it’s never going to be a wrap with me and [Toronto]” in a Players’ Tribune article earlier this year.

The ad is set to make its TV debut tonight during the Toronto Blue Jays-Boston Red Sox game.

It’s the third in a series of three Bitbuy commercials for Lowry, who began the partnership with a Super Bowl ad earlier this year.

A Bitbuy spokesperson added that the commercial was inspired by the classic “Boo-urns” joke from season 6 of The Simpsons.