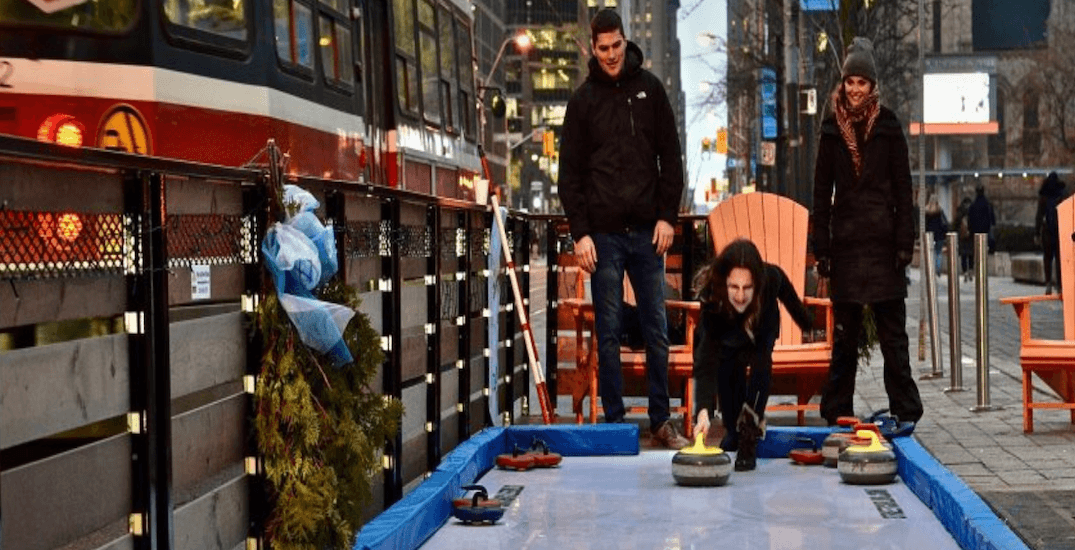 As temperatures begin to drop, things are about to start heating up on King Street.

Starting this November, you’ll be able to embrace the upcoming winter weather with a weekly series of free community pop-up events along Toronto’s bustling King Street as part of the city’s Winter Warm-Up programming.

Each Saturday from November 23 until December 21, Torontonians are invited to come out and enjoy tasty food and drinks, entertainment, and much more at rotating public parklets along the King Street corridor.

The City of Toronto says it will be teaming up with Park People to host the programming, which will include live music and street performers, hot beverages, snacks and treats, and a cozy wood-burning stove where visitors can escape the cold and warm up.

A spokesperson for the city also said organizers are looking into bringing back street curling and other pop-up events this year, but are still confirming.

Full programming will be coming soon, so stay tuned.

When: November 23 to December 21 (on Saturdays)
Where: Locations along King Street