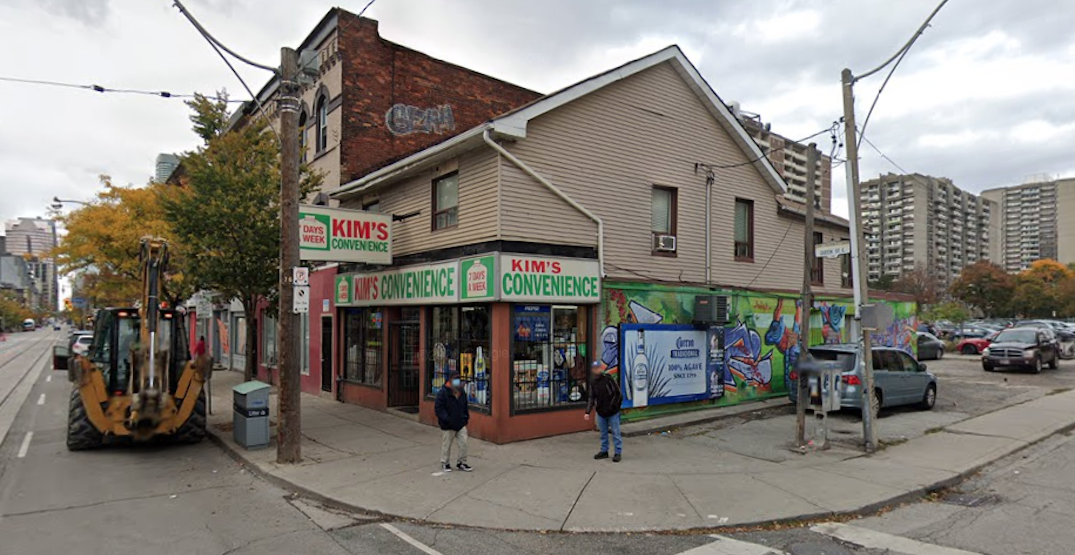 If watching Kim’s Convenience made you want to own a Toronto convenience store business, now you can own the exact same one from the show because it was recently listed for sale.

The famous convenience store at 252 Queen Street East in Toronto’s Moss Park neighbourhood hit the market a few weeks ago for $198,000.

It’s the first time it’s been up for sale in 35 years.

At first glance, that might seem like a great price for any piece of real estate in Toronto, but it’s important to remember that it’s just the business, not the property, that’s for sale. And according to Zoocasa agent Anthony Tomasone, the price is actually at a premium compared to similar business listings that have come on the market in the last year.

“Being on a CBC show does play a part in why they may have priced it so high,” Tomasone told Daily Hive. “Others in the Moss Park area have been listed for $30,000-70,000 and none have sold in the past three years.”

With the final season of Kim’s Convenience having aired this month, the current owner seems to be listing it for sale just in time to cash in on a high, Tomasone says.

But for whoever does buy it, the store is seemingly pretty profitable. According to the listing, the 1,300-square-foot store brings in about $15,000-$18,000 in sales every week, plus additional income from the lottery, ATM, and parking behind the store. The high earnings, though, can likely be attributed to the popularity of the show.

“Typically when looking at a sale of a business they go over all the income statements and with the show’s popularity over the past five years it is likely inflated due to people visiting from outside of the Moss Park area,” Tomasone said.

“Being on TV for all these years, you will still get people coming in to take photos and ask questions about the show from die-hard fans for years to come.”

The listing is also very explicit in saying to not approach the owner or employees about the sale and that further information will only be provided to qualified buyers.

But if you’ve dreamed of living out your TV convenience store fantasy, this could be your shot.