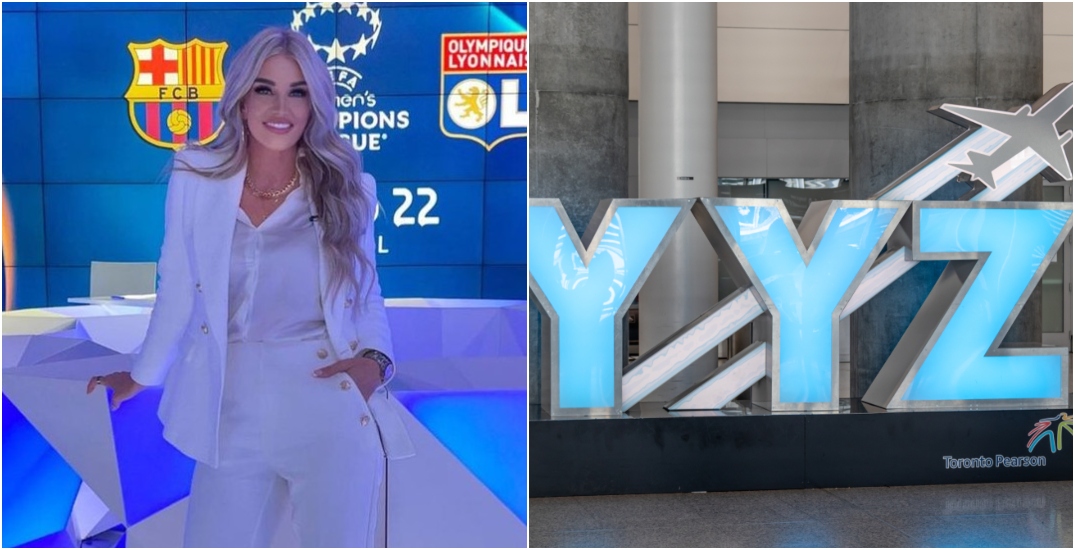 Kyle, a sports broadcaster, Canadian soccer player, and an Olympic medalist, described her experience in a series of tweets.

On June 21, she tweeted, “Toronto… your airport is SHOCKING! Sort your customs out it’s a disgrace.”

Toronto……
Your airport is SHOCKING!!!!!!
Sort your customs out it’s a disgrace.

With the airport overwhelmed by the volume of travellers, there’s no doubt thousands of people can relate to the former athlete’s frustration. However, it appears that Kyle took a few moments to cool off, tweeting a few minutes later:

Wow… ok I’ve taken 5 minutes… that was a bit aggressive from me…. But still feel the same 😂🤯😜 https://t.co/ORigIc7BCK

One person stated, “No apologies!” Another commented, “Pearson has been a shitshow for months, so we get it.”

In a third tweet, Kyle explained that while other passengers have deplaned to catch a connecting flight, others were forced to wait.

I’ve never been kept on a flight because I don’t have a connecting flight……. While other deplane…
Work commitments don’t count? 🤦🏼‍♀️🤷‍♀️ @TorontoPearson

Kyle isn’t the first celebrity athlete to weigh in on wait times at Toronto Pearson.

Earlier this month, former NHL player Ryan Whitney called it “the worst airport on Earth” after facing delays caused by “about 100” cancelled flights.

In an effort to reduce wait times, Canada Border Services Agency announced that it’s testing out new “electronic gates” that are being tested at Toronto Pearson.